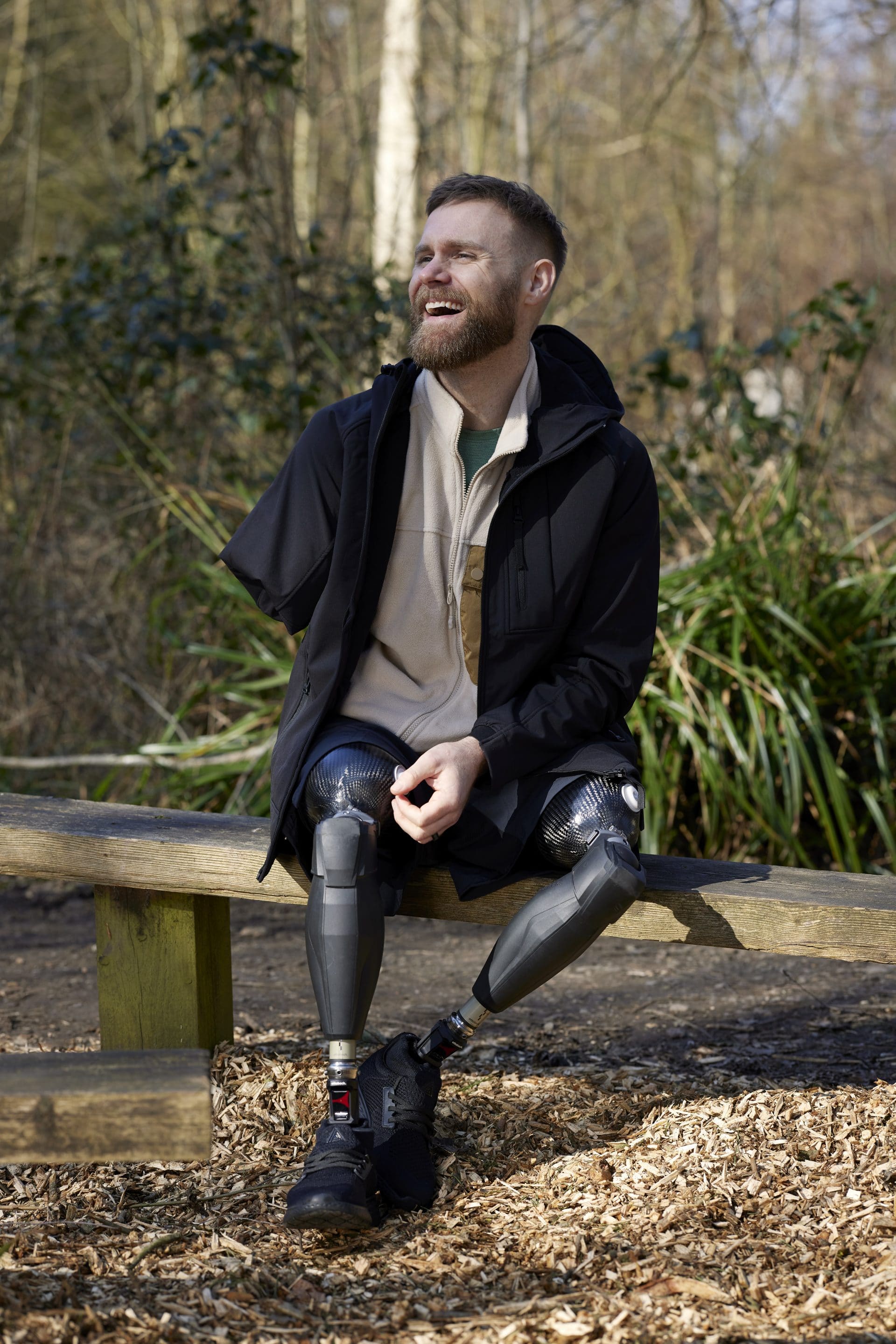 Royal Marines veteran Mark Ormrod MBE writes about growing up with a love of the outdoors and why it's more important than ever...

Former Royal Marine, triple amputee, author and speaker, Mark Ormrod MBE joined The Book of Man, H&M and Campaign Against Living Miserably for the ‘Explore Your Nature’ campaign, in which a group of men who’d never met before are taken on a day of outdoor experiences by Mark along with the other mentors Hussain Manawer, Dwayne Fields and Roman Kemp. Here Mark writes about growing up experiencing the positive effects of the outdoors and why it should be part of everyone’s post-pandemic lives…

I grew up in Plymouth in the 90s. Back then, there was no such thing as smartphones, Playstation’s, Xboxes and all that stuff, so all I knew for my entire childhood was the outdoors. Me and my mates would build dens, play football and run through the forest. It was only when the streetlights came on that we’d all know it was time to get back home for dinner. Either that, or if you heard your parents screaming your name from the doorstep! It helped that there wasn’t really anything to do indoors – there were only a few channels on the TV so it was much more fun being outside and getting hands on with nature.

You don’t pick up on it when you’re a kid, but growing up I was always very happy. I was getting fresh air, exercising and spending time with my friends; all the right things to keep a positive state of mind. Even if you think about the bad times, it’s so different to how it is now. Let’s say you were getting bullied at school: you knew that as soon as the school day was over, it kind of ended there. Without smartphones we could leave the troubles at the school gate and get back to doing what we love, which was just being outdoors – you would start feeling happy again. Whereas now there can be a constant bombardment of negativity and it can feel like there’s no escape from it.

I feel like the mental health crisis really took a hold after the advent of modern living. I’ve mentioned smartphones constantly keeping us connected with the world but that goes hand-in-hand with social media and god knows how many TV channels! Now that I’m older I appreciate and understand nature a lot more. There are so many physical and mental benefits of being outdoors; keeping away from the negativity and toxicity and in that sense it’s almost come full circle for me. As a kid I was getting out there without even thinking about it because that’s all I knew and now, as an adult I can say, “Do you know what? I’ve been a bit stressed out at work, I’ve been on my phone too much and I haven’t really had time for myself. This weekend, I’ll stick it on Do Not Disturb and I’ll head out to Dartmoor or Cornwall.” Where I live in Plymouth, we’ve got the sea, and everything you could want outdoors so it’s really about making that conscious effort to make the most of it, knowing the positive effects it has on your mental health. The challenge is trying to tear the kids away from the devices and take them with you. They need to learn the importance of it too.

When I do make the time to spend a few hours out in nature, the one thing I need to make sure I bring is a good jacket! I never actually owned a jacket until about three years ago. As I got older, I think I’ve started to feel the cold a bit more, and that can ruin the experience. All I’m interested in is going out on Dartmoor, maybe pitching up a chair, taking a football with the kids and feeding the animals but if it’s freezing, I’m miserable. It doesn’t have to be bright and sunny though! It could be cold and damp but you can still enjoy yourself out there and I think that’s important too. You have to expose yourself to some of the harsher elements of outdoor life so you don’t get too comfortable – it helps you appreciate things more. Even if I go out for the day with my kids and I’m covered in mud and I’m wet, tired, and hungry, I know I’m going back to a warm house, a warm bath and a warm meal. To top it off, you’ve got a warm bed waiting for you as well. It’s so easy to take all those home comforts for granted, but being out in some rough conditions will force you to appreciate them much more.

All of this comes under the bracket of self-care and that’s massive for me. A lot of people contact me asking for advice on their mental health and the first thing I say is that I’m not a doctor and I can’t give any medical advice, but I’ve never been a big fan of medication. What I am a fan of is physical exercise. I’ve not found anything on the planet that can make me feel as good as going out there and kicking my own ass. Whether you enjoy running, swimming, weightlifting or boxing or any kind of physical movement, just going out there regularly for an hour and getting your heartrate up and a sweat on, can do wonders. It releases those chemicals that make you feel good and in my case, it sets me up for the day. Everyone’s different but I like getting active early in the morning. I’ll wake up first thing, meditate, do some breath work and then I’ll train and have a cold shower. This is all before 8am so now I’m wired for the day and it helps to build up a bulletproof mindset. You’ve already dedicated the time to nurturing your body and mind before a lot of people are out of bed so even if you’re firefighting problems all day, it feels a lot more manageable knowing that you’ve set off in the right way.

That mindset also brings an appreciation for what you are capable of but also for life itself and that is something that came in very handy during lockdown. Like everybody I was missing the little things that we all took for granted, like going out for a drive. I never really had any gratitude for things like that before but I remember one day, I didn’t have my legs on and I walked out on my bum to my front garden. It was a warm day and I was sat on my grass. That was the first time it really hit me: I couldn’t really moan about anything. I was in nice sunny Plymouth, with all this green space. A quiet little cul-de-sac, a front garden, a back garden – so much to be grateful for! There were people in tower blocks up and down the country that would see this as heaven! They’d do anything to go down in that elevator and just go to the park for a bit of fresh air and to feel the grass between their toes. So that helped me frame things a little bit; compared to what some others were going through, this was more like a holiday for me.

Now we see the world kind of getting back to normal and it’s really scary for a lot of people. People are valuing their time a lot more and are maybe faced with daunting decisions about whether they really want to return to the office or if they’d rather pursue something they have a real passion for. The first thing to realise is that change is scary and change is difficult, regardless of what it is. My body has changed and with it, so did loads of aspects of my life – yes, it was daunting, but humans are the most adaptable creatures on the planet. We can adapt to anything, we can swim, with help we can fly, we can walk, we can be in the arctic, the jungle, the desert, whatever it might be we can adapt to it. I would just like people to understand that a bit more and to embrace it. We’re incredibly resilient but there’s a lot of negative stuff out there, all sorts of social media and messages from the outside world which people unconsciously take on board. They get fed these negative messages and they forget how hardcore they are! There’s so many examples to look at throughout history. Go back to Roger Bannister – no one could run a 4-minute mile, but he believed he could. Then, 12 months later a load more people did it – and now everyone’s doing it. Those people believed in themselves and to a degree they’re unique, but not necessarily. Sure, they had a unique mindset at the time but then other people understood that mindset and began achieving other things that were equally ‘unachievable’.

It’s so important to get that message out there to as many people as possible – understand that if one human being can do something, we can all do it. You just need to get your mind in the right place. Get the right resources, environment and people around you, have some confidence and just do it man! We can do anything. 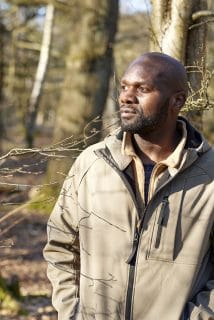 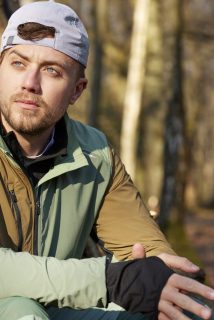 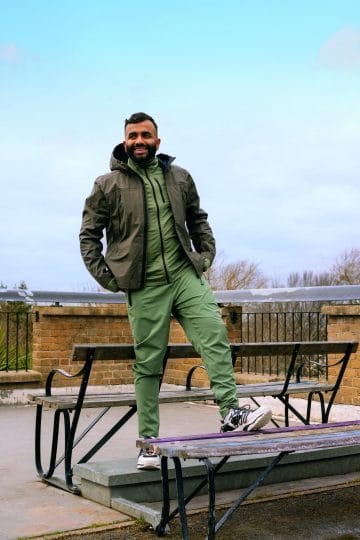