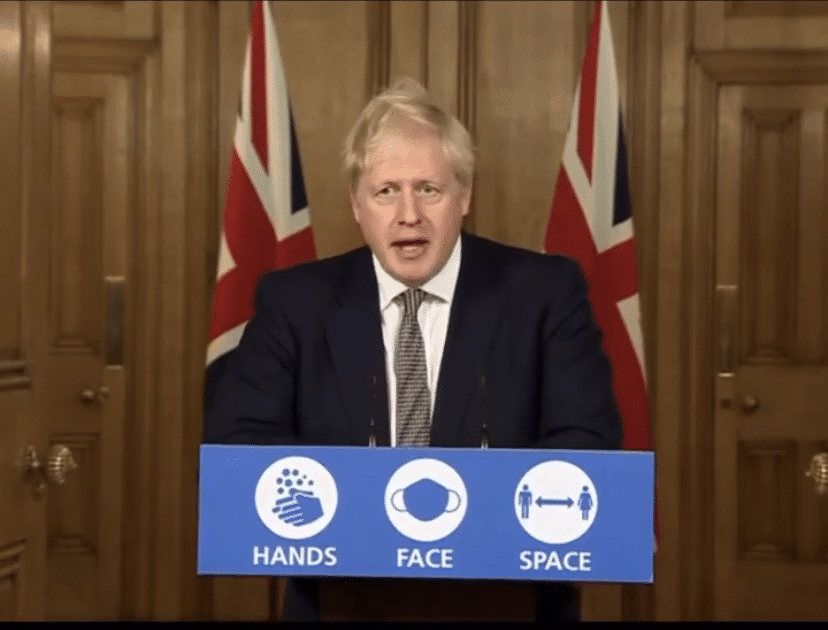 Mental health and another national lockdown

As the second wave hits, some people are using mental health in anti-lockdown rhetoric - but we cannot lose our sense of reason here...

After what has to be objectively described as a catastrophic mishandling of the pandemic, we are entering a second lockdown. This one is proving more contentious already, with people who have been stoking up resentment in various forms – anti-mask rhetoric and political mud-slinging, underpinned by a hands-off, ‘let the chips fall where they may’, ideology in the name of civil liberties – whipping up a backlash as best they can. But what good are civil liberties if there’s no-one alive to enjoy them? The first duty of any government is to look after its people; the real shame here is that this government is so incompetently confused in its decisions, but even it realises it has to take drastic measures to intervene on devastating death tolls.

One troubling anti-lockdown take that has suddenly emerged is that we shouldn’t have a lockdown because of the consequences on people’s mental health. Now, this of course is a massive factor to concern us, and there have been tragic stories in the news revealing the terrible effects – so you can sympathise with many people who have been touched by such tragedies to be raising alarms. Yet, in some instances this outlook has also been hijacked by or has drifted into conspiracy and mis-truths.

‘Influencer’ Benny James, today said ‘more people have died from suicide in the past couple months than people dying from Covid-19.’ This is the kind of nonsense that can only circulate and gain attention in the social media age. The truth is, according to suicide prevention charity, CALM, we don’t know how many people have died by suicide this year, as yet. What we do know is that there has been an upturn in suicide statistics over the last two years, before the pandemic took hold, but the effects of the pandemic are unknown and it is dangerously misleading to make assumptions.

Obviously mental health problems rise in stressful times, and this current situation is uniquely risky: not ‘merely’ the horror of living through a viral environment, but the psychological effects of social isolation, being confined to homes, family or relationship stresses within that home, job loss, fear of the future, and a lot more. It can all come crushing in, and it adds up to a situation which cannot be maintained indefinitely, due to this detrimental effects on us all in this way.

Yet the idea that we should not be heading into a lockdown due to the mental health costs – led by many voices who have always been ideologically opposed to any lockdowns – have to be rejected because of the bigger picture. Especially with Nigel Farage and his cronies opportunistically starting a new anti-lockdown political party – sounds like a really nuanced platform – the discourse is only going to be more extreme, inflamed, with the truth going out of the window.

SAGE scientists are saying – echoed by the opinion of scientists in Europe and America (not that Trump is listening) – that without lockdown measures the deaths could be double that of the first wave. If you ignore that, then you’re simply letting people die; if you are pushing that agenda for your own advantage, then that’s hard to forgive.

And mental health should not be used to justify ideological or political stances. Mental health will decline to a far worse situation if many more people have to cope with the grief of losing loved ones. If freedom of movement means commuting and working with the over-whelming sense of serious illness for you and those who you are close to.

Nothing about this situation can be entirely satisfactory – there are no easy solutions, it is not black and white, but a lockdown is the way to go…so when it comes to mental health, this is about tackling it within a lockdown situation.

It means providing messaging around home self-care to people, yes, but more than that need to happen – the country needs to be pledging more money to mental health services now and in the future. To ensure that one of the major national learnings from this situation is that the mental health as well as physical health of a population has to be protected too. When it comes down to it, in this brutal situation, people have to be stopped from dying as a priority – we just have to make sure the right work is being done around mental health in the background to handle the detrimental side effects. But you can do both.

Catastrophes always produce opportunists, gaining footholds within chaos, who indeed relish chaos, when the answer here is reasoned thinking – the question is not: a lockdown or good mental health? It is: how can we best look after mental health within this lockdown?