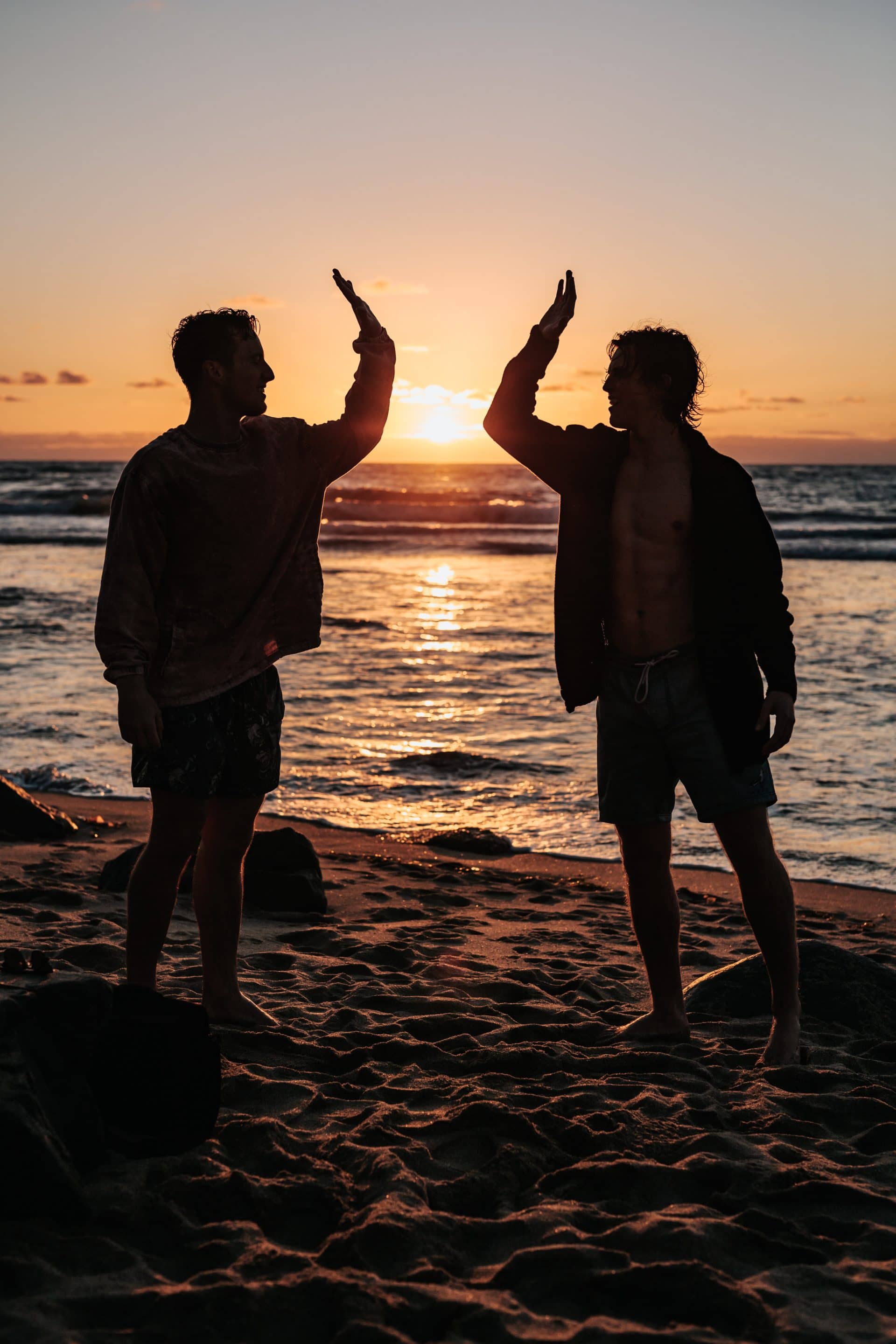 THE NEW SEX: Are You ‘Mostly Straight’?

As part of our series, 'The New Sex', we talk to the writer of 'Mostly Straight', a book suggesting male sexuality is more fluid than strict boxing of straight or gay or bi. Hetero bromances? Let's just call it what it is: love.

We’ve all had man crushes, right? Bromances. A new mate who you want to see all the time and can’t stop messaging. Who’s great to hang out with, pump iron with, play-fight with…

Why can’t we call this falling in love?

Why can’t we, indeed, admit to feeling desire here?

Isn’t it possible for predominantly heterosexual men to have feelings, including sexual feelings, for other men? Aren’t a good degree of hetero men simply, ‘mostly straight’?

That’s the thinking behind a book of that title by Ritch C.Savin-Williams, a director of Sex and Gender lab at Cornell University in the States, which suggests that male sexuality is more fluid than is commonly admitted in society, where you’re boxed in as either gay or straight or bi. Women’s sexuality is often seen as quite fluid – straight women can admit to fancying other women, without anyone batting an eyelid – but for a straight man to say the same, especially in front of other men? Not a chance.

In supporting LGBTQ communities for more rights and understanding, is it not also worth hetero men saying that their own sexuality is not so cut and dried? Can’t an opening up of modern masculinity include an opening up of sexuality? It should!

We spoke to Savin-Williams to find out more about his studies.

Can you explain the key ideas you wanted to explore in ‘Mostly Straight’?

We have this view that male sexuality, unlike female sexuality, is categorical (gay, bisexual, straight) rather than existing along a continuum with many degrees of same-sex and opposite-sex attraction. This entails taking the “bisexual” category, looking inside, and discovering the considerable diversity within that population. The diversity includes the mostly straight and the sexually fluid young men. Men can be sexually fluid over time and circumstances.

Also, when we consider sexual orientation, we neglect the fact of romantic orientation (infatuations, limerence, dating, love, attachment, emotional bonding)—which young people believe must be considered when exploring “sexuality.” Sexual and romantic orientations are highly correlated (the gender you have sex with is usually the gender that you fall in love with) but they’re not identical. One can erotically desire sex with one sex but be totally romantically infatuated with the other sex.

The book also operated with the idea that we need to listen to young men, their life stories, and their experiences rather than impose our conditions on them.

What studies formed the basis of it?

When one reads the scientific literature, there are gaps of understanding, things that just don’t measure up to what one experiences with real people. My task over the last several years is to listen to over 200 young men (average age of about 21) tell me what their sexual and romantic development has been. I listened, without judgment, and recorded.

How do you think sexuality is changing in the modern world?

All options are on the table. There has been a freeing sense that one can expand sexual and romantic boundaries, and that one can create one’s own unique spot. Of course, social media now makes it possible to find others similar to oneself.

Do you think it’s all part of a new relaxation in modern masculinity? Or do you think such fluid sexuality has always been there, it’s just that we are more willing to talk about things today?

I have no doubt that there have always been men who are not totally exclusively straight and men who are fluid. They simply didn’t have names for what they were nor the cultural context that would understand and accept. I receive emails and blog comments from older men who “chastise” me for writing only about young millennial men—they have similar lives as well. That said, the “new relaxation in modern masculinity” is a huge plus for men, giving them permission to be what they are.

A lot of straight men would bristle at the idea that they are anything but heterosexual, but is it a natural thing to have sexual impulses towards both genders?

Indeed, there are men who are exclusively, totally straight—a majority! However, there is also a portion of straight men who have 1% to 10% of their attractions devoted to men. They might not act on them, such as have sex with men or date men, because they’re so into women but they nevertheless have a slight degree of sexual and/or romantic feelings for some men.

Is being open to your own sexuality a way to be happier? Rather than repressing your feelings out of shame or social worries?

Let’s hope that with the options now available to men that they can be “authentically” themselves—that has to result in greater happiness and, perhaps, less abuse to women (they have less need to hide or prove themselves).

Is the future of male sexuality more fluid in this way?

In the near future we’ll be astonished that we ever thought men could not be sexually and romantically fluid!

I’m not sure I have much to add other than what the young men told me. Bad: unrealistic images and expectations of what sex involves and how big genitals can be; becomes a time drain, a way not to do other things. Good: it is the ultimate, helpful sex education, filling in where parents and schools fail; confirms that one is not crazy in what they find erotic/romantic; giving them a name to what they are; novel techniques to please self and partners; hours and hours of pleasure.

Whatever your sexual preferences, read our guide to better romantic gestures. 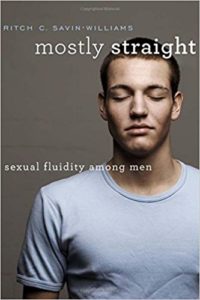 A book studying the sexual fluidity of men, by Pitch C. Savin-Williams.