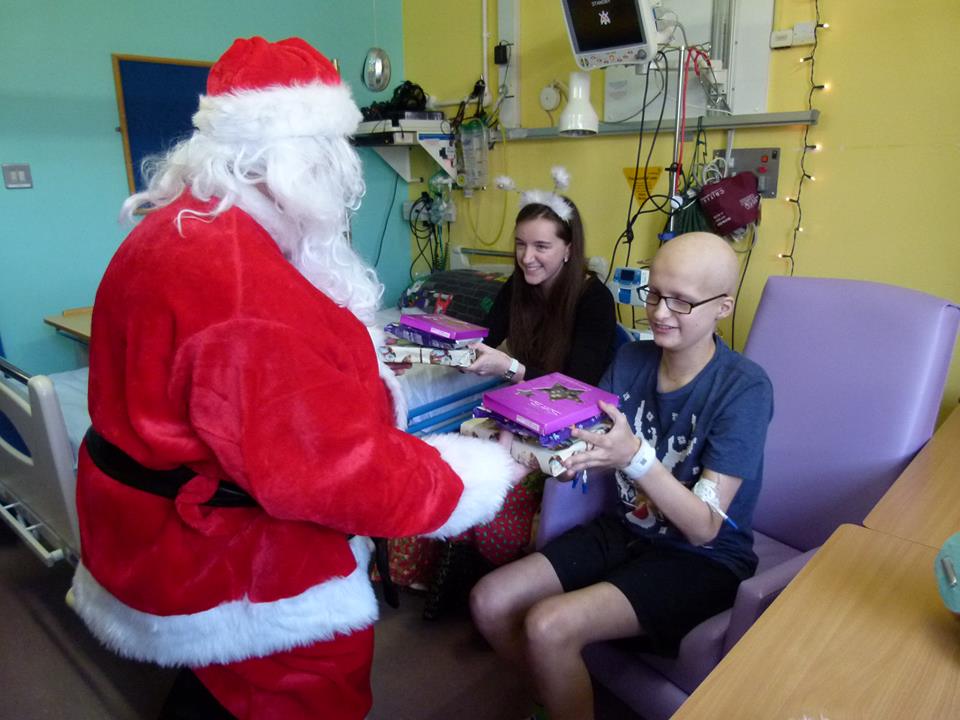 “I suspected something was wrong when I had shortness of breath.”

Adam, a teenager who spent one Christmas having cancer treatment, recalls the low of diagnosis and the relief of remission. A tribute to the work going on to support ill kids and teenagers this time of year.

When I first became worried

I first suspected something was wrong with my health when, over a matter of weeks, I started to become very short of breath quickly, when playing sport. Being a sporty person this concerned me slightly, but I didn’t really think much of it. I just thought it was a cold or something – this then progressively got worse to the point where I couldn’t walk very far without coughing. There were also other symptoms like loss of vision when standing up after being seated for a while.

Initially, we thought I was suffering from an asthma related problem, so my GP gave me steroids to combat it. Then in August 2013 at the age of 14, when I still wasn’t feeling right and after going backwards and forwards to the GP, I was sent to have a chest x-ray. A couple of days later we went to the local hospital (Queen Alexandra in Portsmouth). Afterwards, when we were on our way home, we had a call from the hospital asking if I could go straight back in. Once I was there, lots of doctors and nurses were coming in and rushing around everywhere – we didn’t know what was going on, but we knew something was up. We were then told that I was going to be transferred to Southampton General Hospital.

Once I was transferred, more tests were done and after two weeks I was told that I had non-Hodgkin lymphoma. The moment they told us, it was just pure shock and not a lot else. However, once the doctor told me that there was a really good chance of treatment working and me surviving, nothing else entered my head – I was going to make it through no matter what.

The way my treatment worked was I had a week of chemotherapy in Southampton and after that I’d go home. After a few days at home I’d start to feel ill from the chemotherapy drugs and because they can lower your immune system, I’d often have to go to Portsmouth hospital because I had an infection. I’d have to have antibiotics and blood transfusions until my blood counts were back up, which could often take 2-3 weeks. If it took less time to get better, I would get a few more days at home, if not then it was pretty much straight back up to Southampton to have the next round of chemo, so it was generally a 3-4 week cycle.

To pass the days on the ward while having chemotherapy, I spent a lot of time playing on the Xbox’s that a local charity had kindly provided. Family and friends would come and visit when I felt well enough which passed time, but overall it was fairly boring just spending all day having chemo which, while you know it’s helpful, can also make you feel awful for the next couple of days. 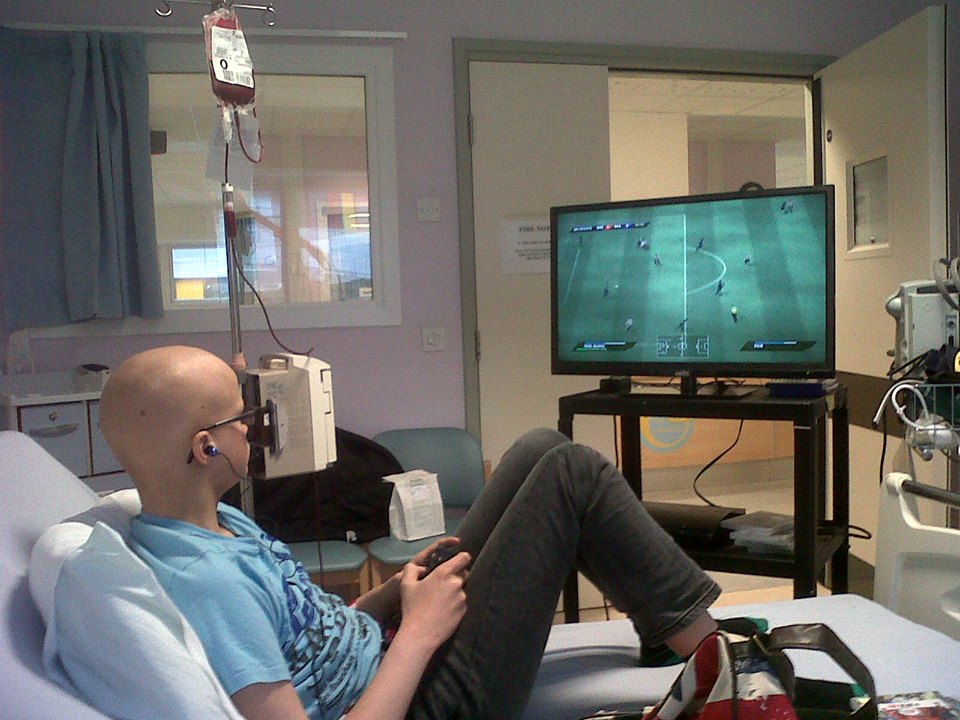 Spending Christmas in hospital was honestly not as bad as expected. All the nurses were in a surprisingly good mood despite the fact that they had to work on Christmas Day. The ward brought all the patients a small personalised bag full of presents and then during the day all my family that I would normally spend Christmas Day with came up to the hospital. We got Christmas lunch from the canteen and ended up playing games and doing things as we normally do, just in a smaller space. Obviously, it was never going to be the same as at home, but we made the best of it the way we could.

The support I got from my family and friends was incredible. So many people were dropping things just to support me and my family – it was all absolutely amazing. One group of friends got together and started taking it in turns to cook my family meals, which they could stick in the freezer. If people couldn’t come and visit, there would always be lots of supportive messages on social media.

I got the news that I was in remission in May 2014 and it was the biggest relief of my life. We ended up having a big BBQ and party to celebrate.

How I’ve been since

Since finishing treatment, I have been feeling great. I’ve been playing lots of sport (mostly football) and achieved 3 distinction stars in my BTEC in sport. I’m now studying Sport and Exercise Science at Cardiff Metropolitan University.

The first interaction I had with Cancer Research UK was when I received a Star Award for the courage I showed when I was diagnosed with cancer. When we were putting in the nomination for the award, I simply ticked the box to say I was interested in taking part and supporting the charity – I didn’t really think much of it. But the next thing I knew, I was given the opportunity to be a part of a kids cancer choir, which sung on the Stand Up To Cancer live show with Nicole Scherzinger on Channel 4.  Since then, I have done so many different things, including going to the launch of the Cancer Research UK Kids & Teens campaign at 10 Downing Street, as well as giving out Star Awards as a teen representative at a Cancer Research UK Kids & Teens Star Awards Party.

Ongoing support for kids and teens

Cancer Research UK is so important in the world of cancer because, not only are they finding treatments for cancers that at the moment are incurable, they are also finding ways of making treatments such as chemotherapy kinder and with less long-term side effects. They also help on the non-treatment side of things, like running things like the annual Cancer Research UK Kids & Teens Star Awards Party, allowing kids to have an escape from the world of cancer and just have fun.

The whole experience has helped me gain a certain sense of maturity, although not too much otherwise life would be no fun! I also try not to take things for granted, as things can be taken away from you quicker than you are ready for.

Adam is supporting the Cancer Research UK Kids & Teens Star Awards, in partnership with TK Maxx, which celebrate the courage of children and young people who have been diagnosed with cancer. To nominate someone to receive an award or to find out more about the campaign, visit: www.cruk.org/kidsandteens 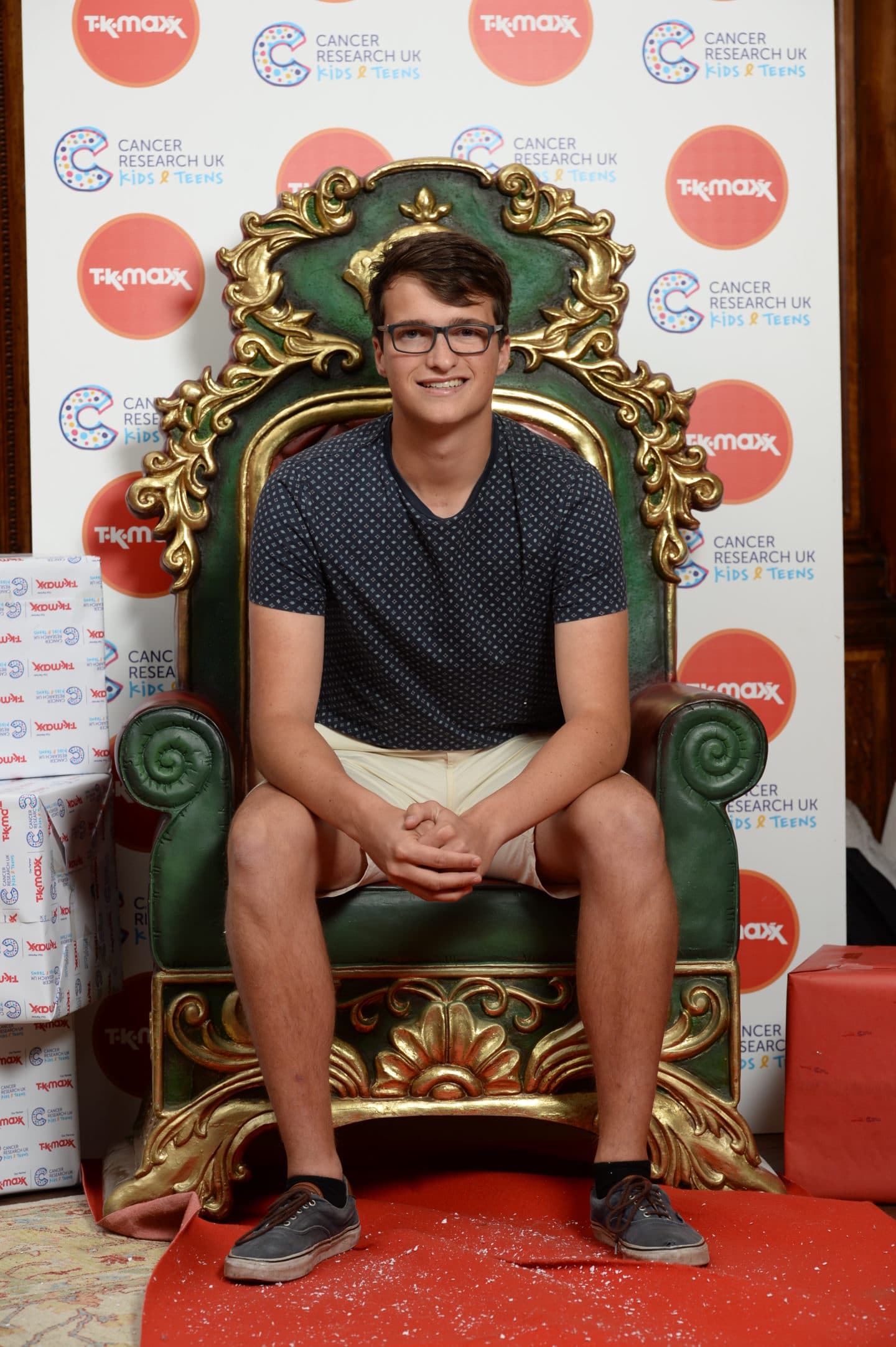 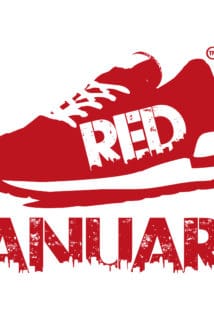 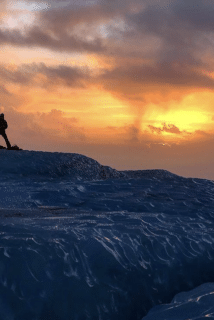