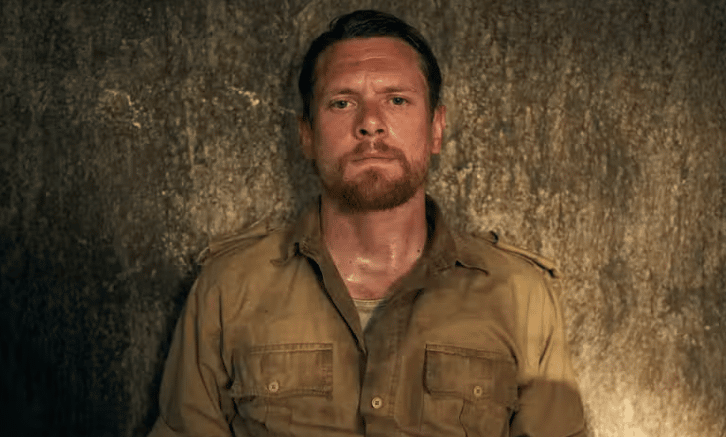 Check out The Book of Man's choices for the men who inspired us in terms of mental health and being a modern man.

It’s been a terrible year hasn’t it? Marked by war, economic collapse and so many liars and frauds and outright villains that you could lose faith in humanity itself.

However, there have been a few heroes to help us about, and from our point of view, a few good men still flying the flag for decency and courage. Here are our men of 2022: 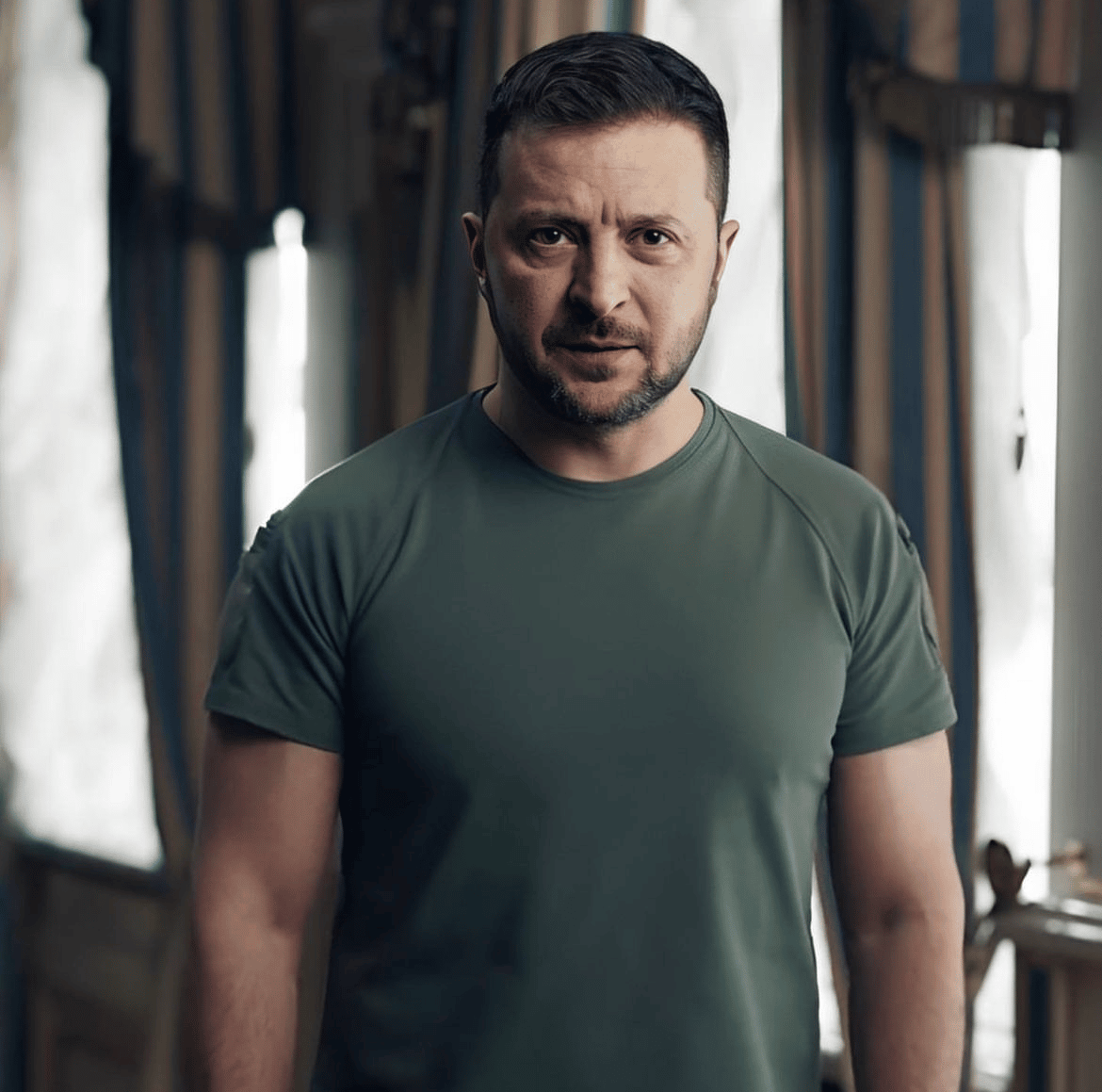 A smart, savvy and brave leader standing up to the insanity of his counterpart in Russia and drawing upon all his skills to not just lead his people but to also engage the people in countries all around the world. Also was responsible for one of the best one-liners of the year, when he said to one US representative offering to get him out of Kyiv: “The fight is here; I need ammunition, not a ride.” 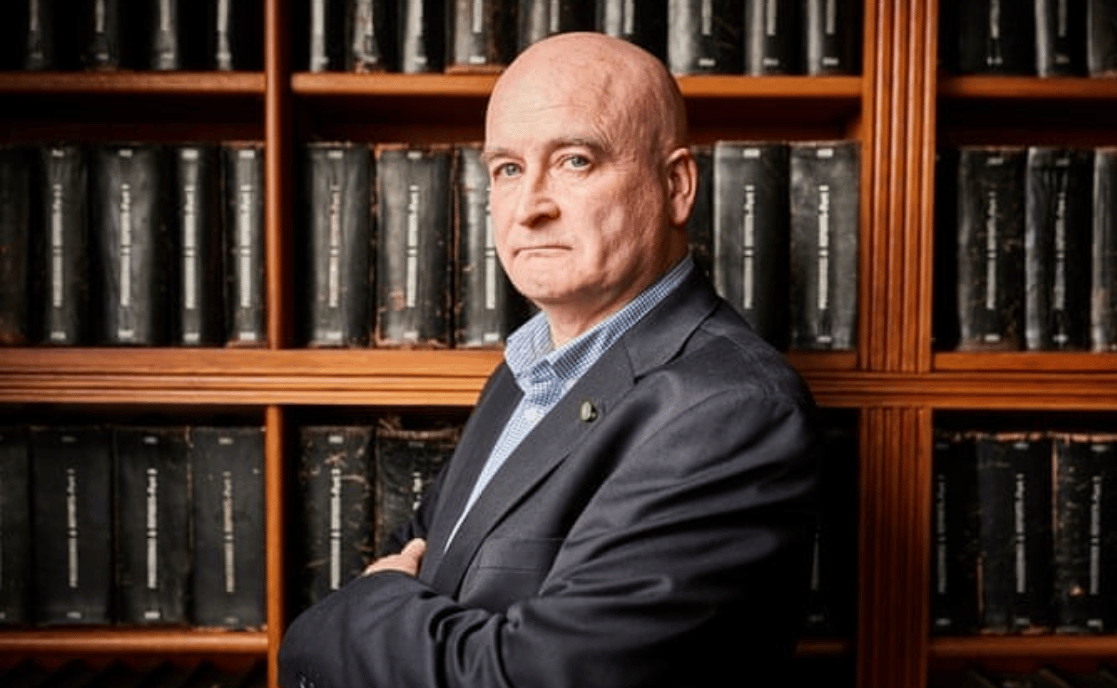 The government continues to misunderstand the public’s support of strike action, and tries to paint it as mere Just Stop Oil-style lunacy. However, with obvious underfunded workplaces, underpaid staff and general misery, the sympathy is there for public sector workers, particularly in the form of Mick Lynch, there was a guy with the wit and intelligence to get the reasonable points across on TV while destroying nitwits like Richard Madeley who fail to get the message. Lynch showed a will and a means for us all to get active in a country marked by governing incompetence.

.@RMTunion Mick Lynch on GMB this morning explaining the realities of the National Rail Dispute.#SupportRailWorkers pic.twitter.com/RIKbDfxKuI 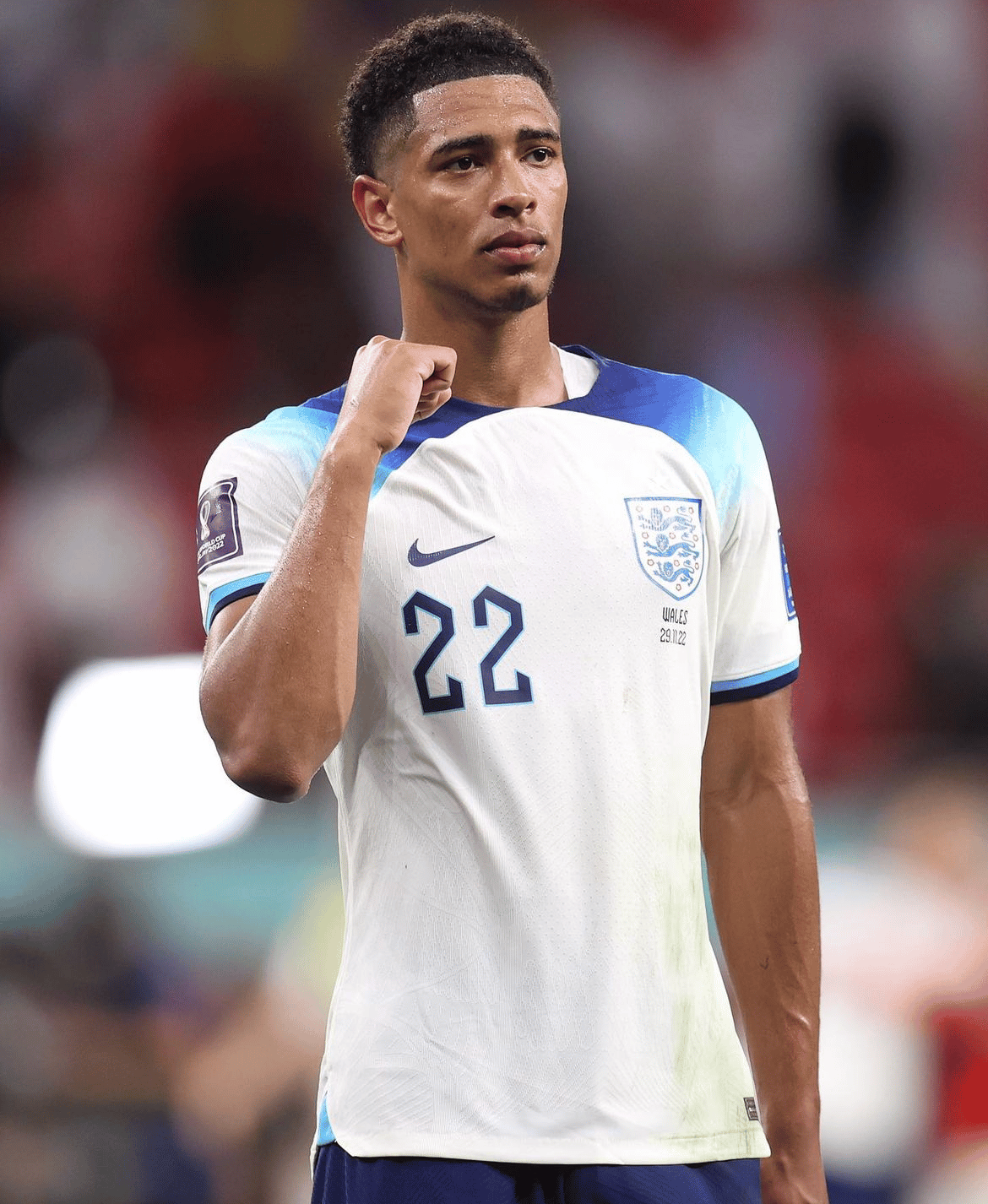 Had an impressive starring role in England’s now customary ‘pretty decent’ run in tournaments, but also, at just 19, showed in his interviews and performances a maturity and decency that really stood out. Put simply, he’s exactly the type of person you’d want your own son to turn out like. Courageous, brave, kind, dignified – hell, he even put his arm around the shoulders of his captain Harry Kane to console him after the penalty miss. Lovely man. 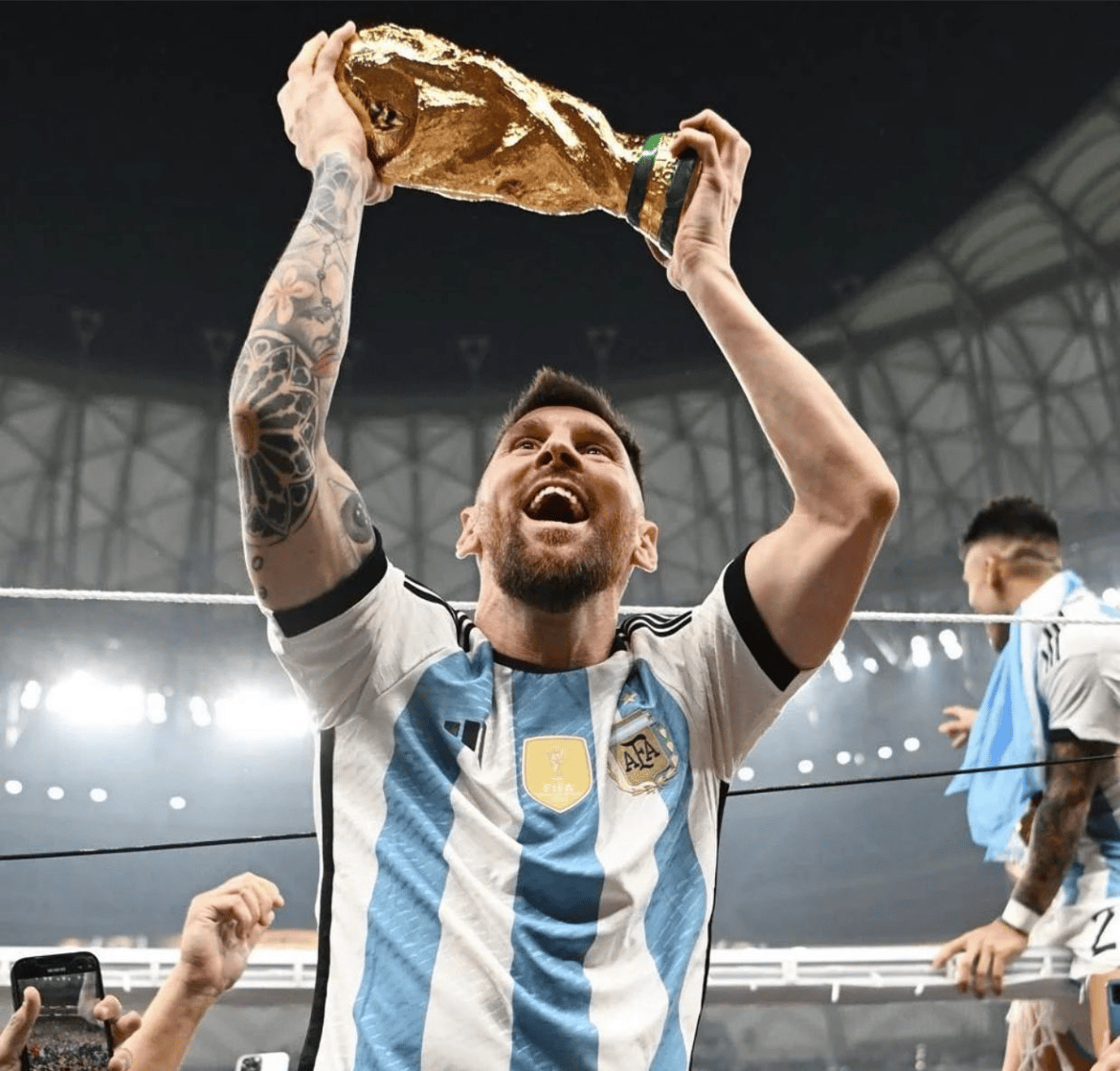 Excellence must still be admired before. Hell, you have to give genius its due, which is all the more admirable when it’s delivered in such a nice guy package. You could see that the whole Argentina squad wanted to win the World Cup for Messi. In fact, the whole world (bar Piers Morgan, still on his Cristiano Ronaldo fan boy frenzy) surely wanted Messi to lift that trophy. This is what happens (and Ronaldo, and Morgan, take note), when you are not a vain egomaniac but as a singular talent with the humility to integrate himself into a team, as opposed to believing himself to be above it. 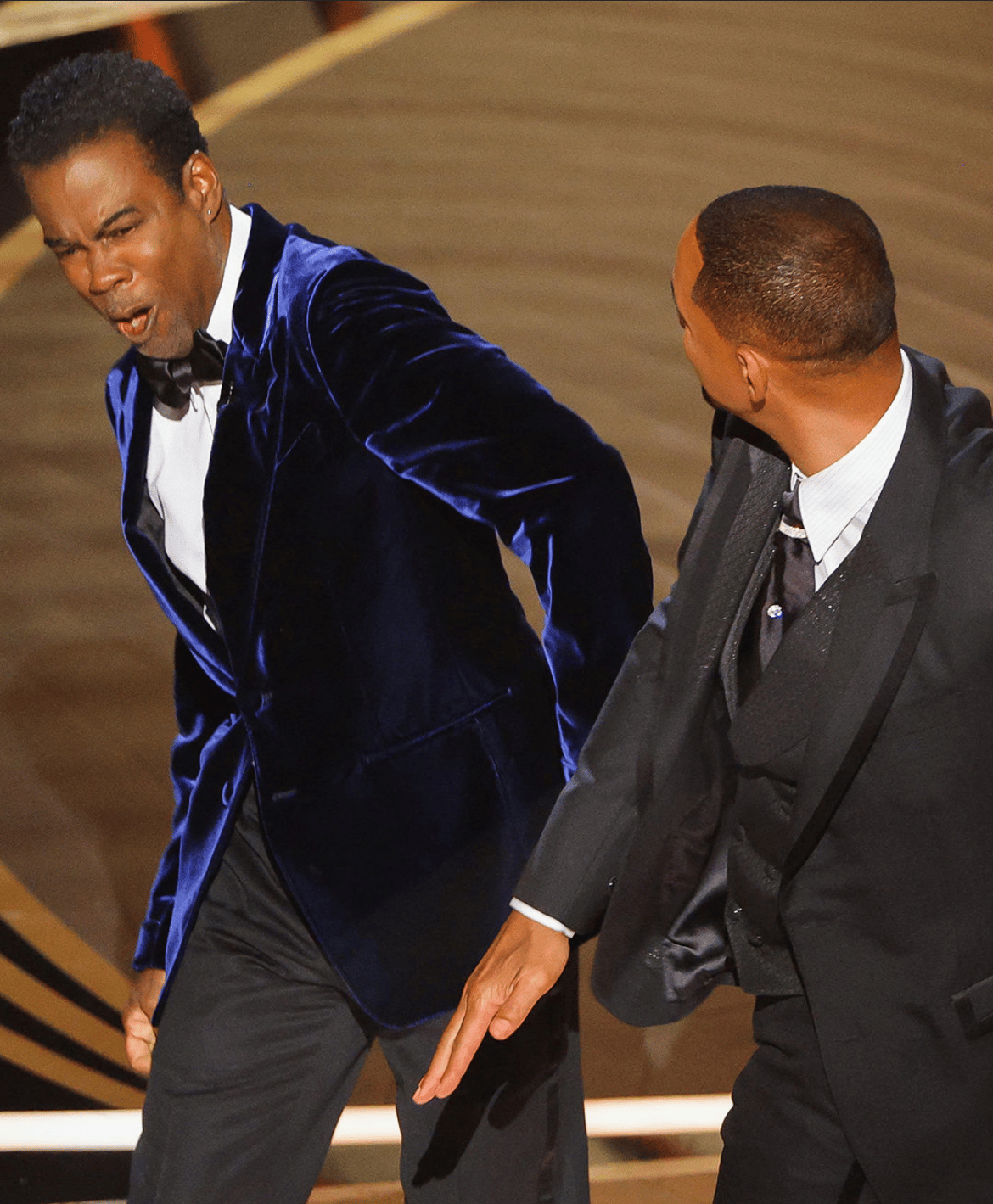 What does it mean if we applaud Will Smith’s violence?

Quite simply for behaving with dignity after being slapped by Will Smith live on stage at the Oscars. Who could have kept their dignity after such a thing? Well he did, as a completely out of his mind Smith screamed “Keep my wife’s name out of your fucking mouth!” Later said when asked if it hurt, Rock replied: “You’re goddamn right it hurt! Will Smith is significantly bigger than me. I am not the same size, OK? This mother*cker player Ali – I played Pookie from New Jack City!” Meanwhile, Smith the guy who ruined his big Oscars night by playing macho and slapping down this disrespectful man, has kind of apologised but not so much and found his recent comeback film Emancipation, dramatically flopped. His old school John Wayne act has proved to be very out of time indeed.

This Book of Man fave topped off a year doing his amazingly inspirational work – raising huge amounts of money for veterans charity ReOrg, as well as awareness around mental and physical heath –  by winning the world record for the fastest triple amputee 1km swim on Christmas Eve. Earlier in the year he was awarded the Freedom of Plymouth and a giant mural of him was unveiled in the city. The legend continues to build… 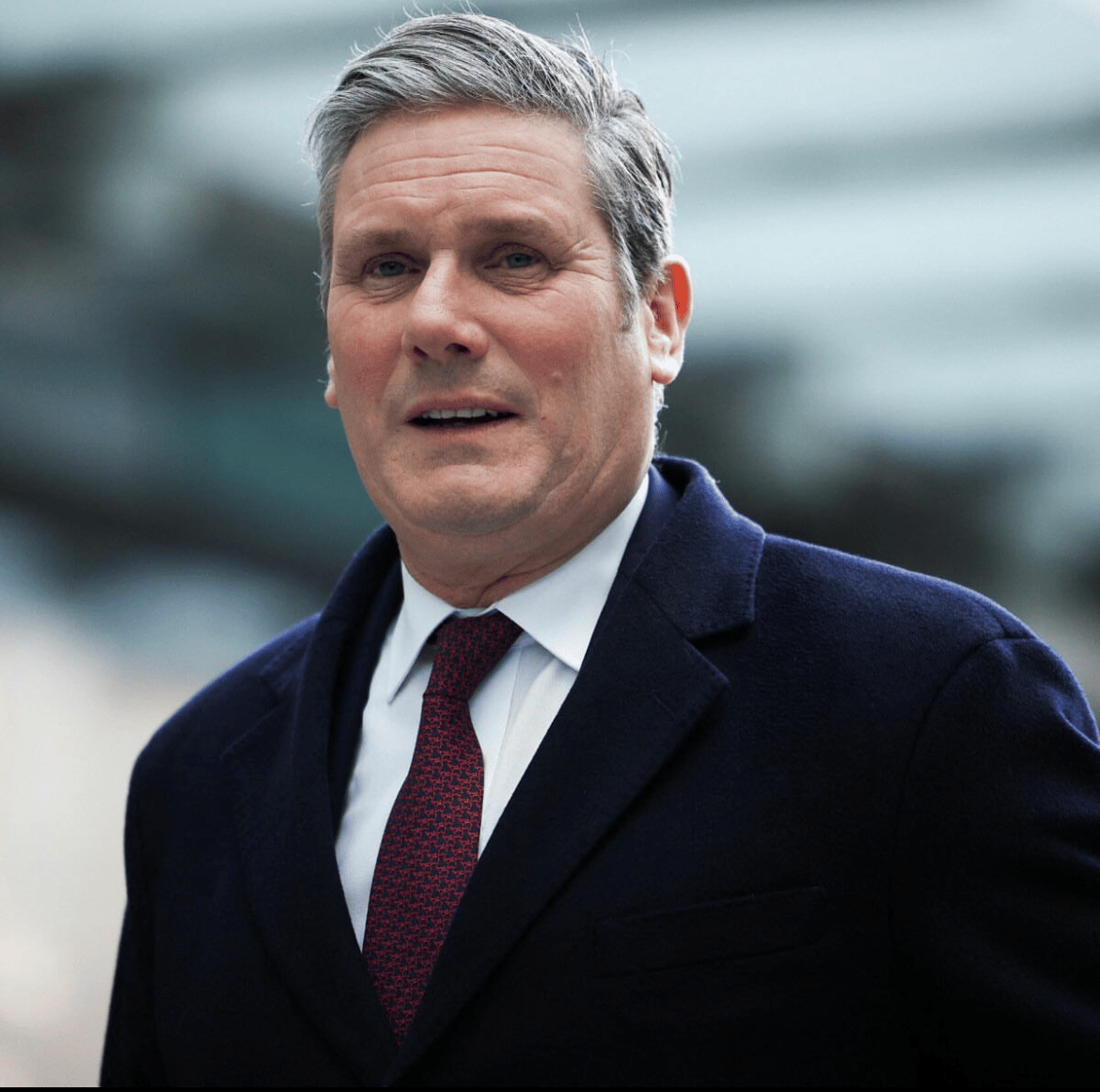 This is not due to any particular Labour policies or to promote him as a potential PM, but he has to be recognised just for his readiness with the one-liners as the Tory government imploded and dragged the country into chaos too. Starmer could always be relied upon to crystallise the outrage with a killer quip.

To Boris Johnson as his cabinet resigned en masse after the Partygate scandal: “Is this the first recorded case of the sinking ships fleeing the rat.”

To a Liz Truss-less urgent question in the Commons: “The lady’s not for turning…up”

Whether or not he has the chance to prove his appeal in a General Election next year, at least we’ll get some decent narration from him on the various disasters that are now part and parcel of British life. 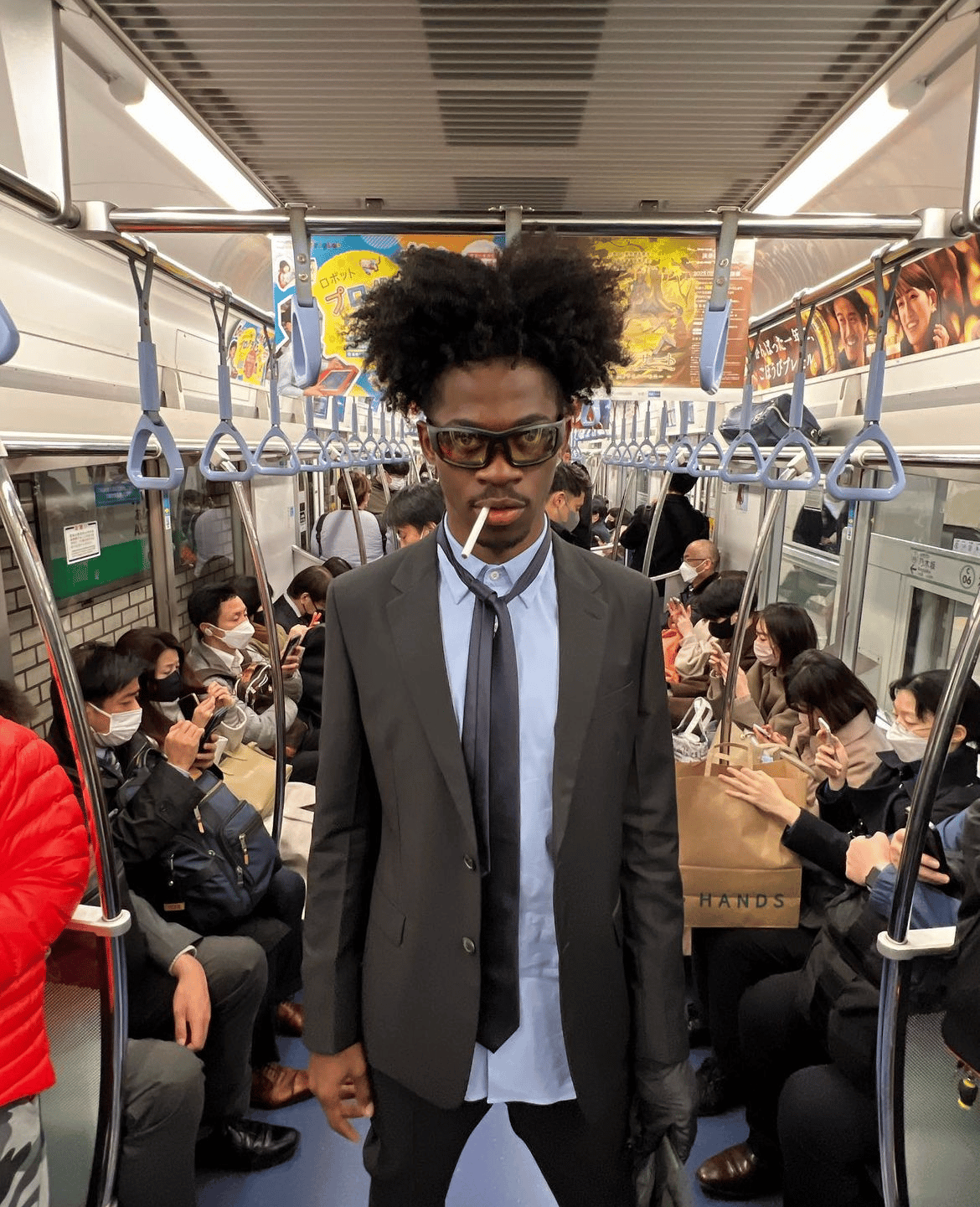 The best dresses for men to buy

Rose to the top of the pop world and upset all the right people in the process. The 23 year old superstar toured and broke barriers around sexuality in the most glorious way possible. Of course, being an online phenomenon, he brought attacks from homophobes and racists everywhere, but it only served to highlight him as a lightening rod for contemporary concerns and a leading light into the future. 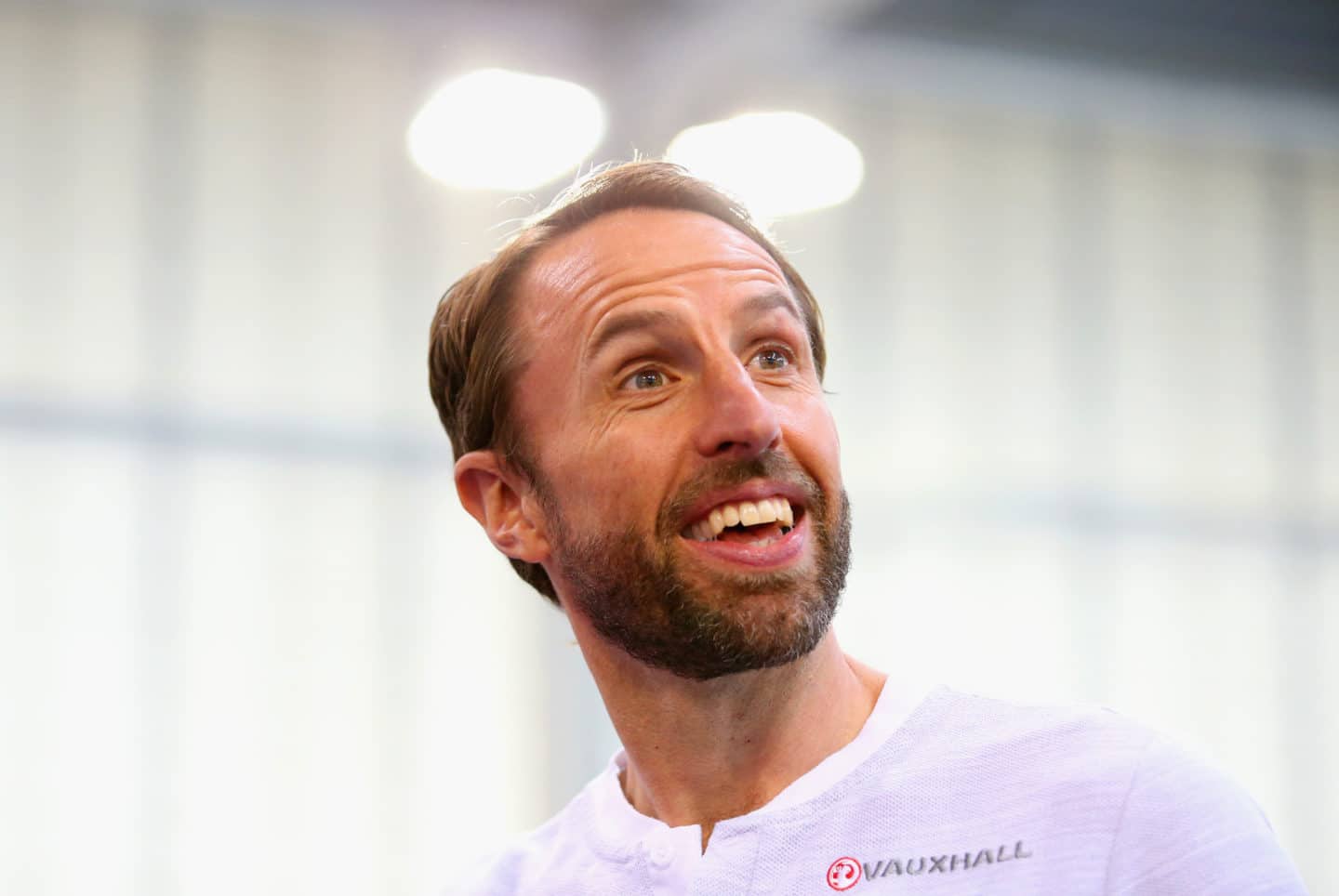 Not just for another successful tournament run with England – only France and Mbappe prevented them going further – but for the manner in which he operates. Creating a supportive environment for his players, rising above criticism and thinking hard about the conduct of his squad both on and off the pitch, he is surely the epitome of great modern leadership.

The North Water style – get the look, not the murderousness

He was the best thing in Lady Chatterley Lover, and quite outstanding in SAS Rogue Heroes. That show was an unexpectedly smart and joyful series, when it could have just been daft and gung-ho. OK, it was a bit daft and gung-ho in places but the performances made it always gripping, particularly O’Connell as Paddy Mayne. Half of the fun was reading up about the real Paddy Mayne and finding that, yep, he really was that crazy. More O’Connell in 2023 please. 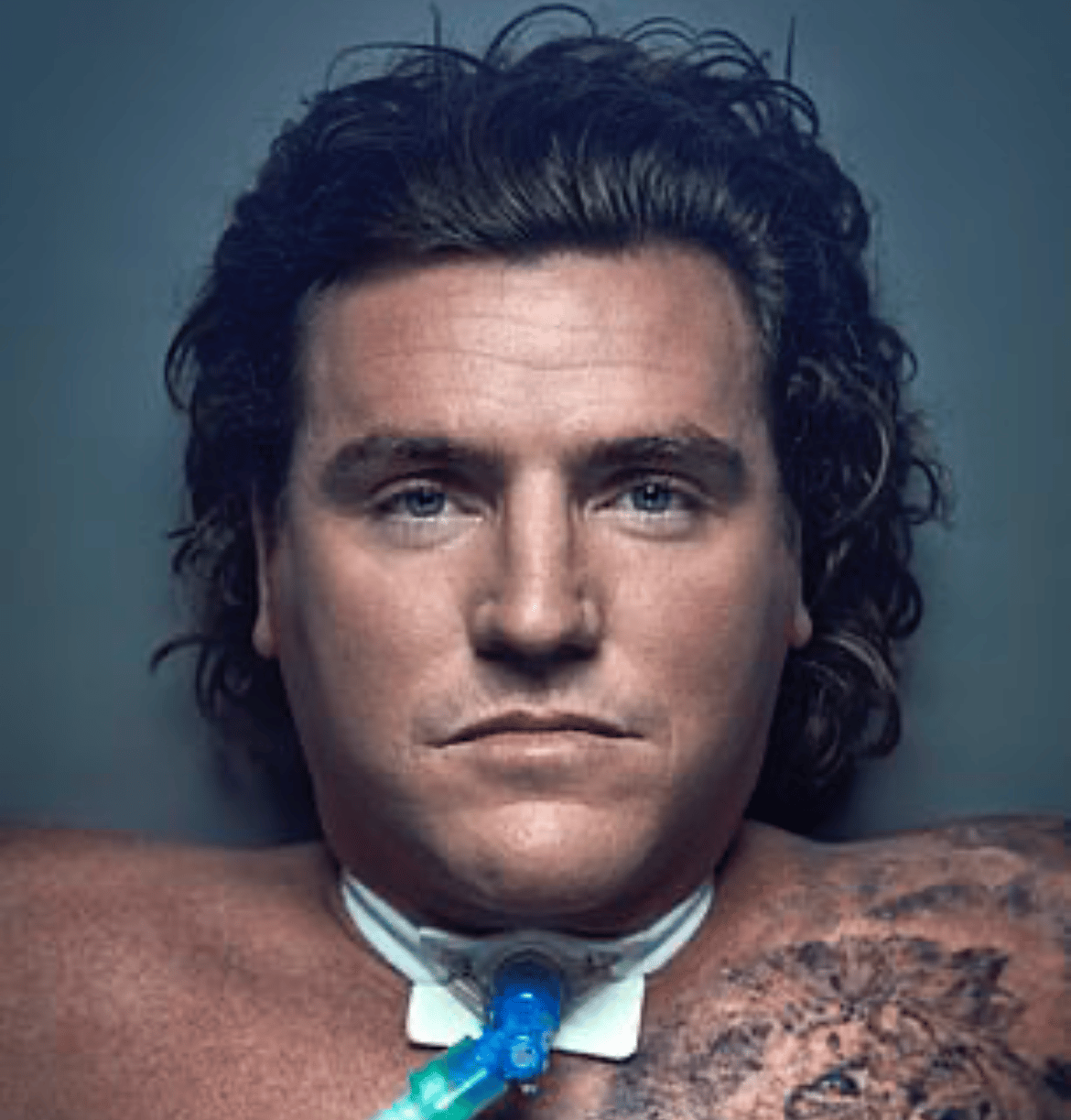 Released our book of the year, Never Will I Die, a stunning military memoir that told the story of how his promising Special Forces career was derailed after he was shot through the neck during an operation in Afghanistan. He woke up in hospital to find he was paralysed from the neck down, and even heard doctors discussing with his brother whether to switch off his life the support. The journey of how he rebuilt his life from there is one of the most inspirational things you will ever read. 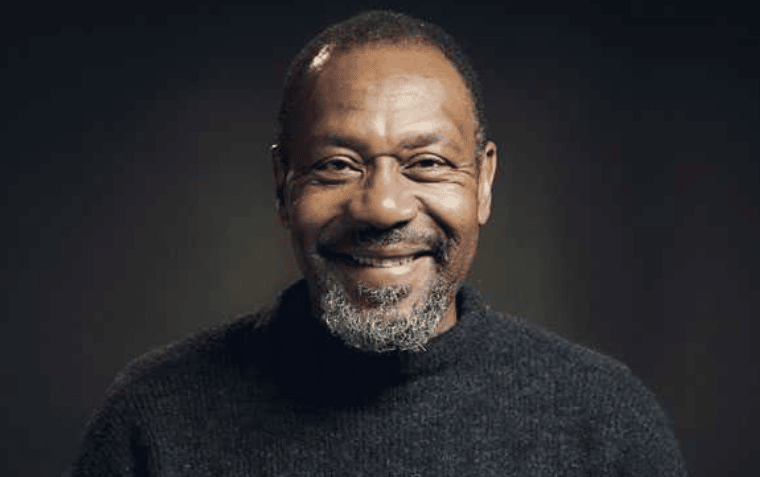 His second memoir, Rising to the Surface, was a remarkable look at the challenges his faced as a young black comedian in the 70s and 80s and the outright racism he battled; but he also holds himself to account in some of the choices and compromises he made, which lifts the whole thing into a truly insightful, sometimes disturbing but always hopeful story. Henry did in fact hit the very top and continues to lead the conversation around black representation, particularly this year when his appearance in Lord of the Rings: The Rings of Power brought out a lot of depressing trolling about why having people of colour in lead roles was somehow a betrayal of Tolkien. Anyway, Henry is a truly remarkable figure and a real inspiration to all men. 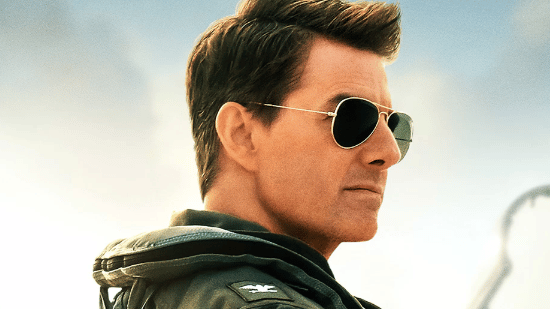 In a year that continually beat us down with bad news and calamity and war and insane megalomaniacs, we needed a bit of escapism to relieve the stress. Thankfully Cruise was on had to deliver us Top Gun: Maverick, a film so crowd-pleasing it practically bought you pick n mix from the kiosk. Cruise is now thoroughly in the prime of his audience thrilling career, with no need to prove himself as an actor and a self-awareness that the Scientology stuff should be kept on the low-down, meaning all that’s left is to throw himself out of planes and give us all a good time. As his recent social media message proved:

The Geordie singer-songwriter took the brave decision to take a break from touring in September for the good of his mental health. No small thing, given he was riding off the back of a Mercury Prize nominated album, a Brit Award and in the middle of a big US tour. The honest statement he released said, “It seems completely hypocritical of me to advocate discussion on mental health and write songs about it, if I don’t take the time to look after my own mental health.” It was a moment which showed how far we’d come with mental health and set a fine example for young fans everywhere. No matter what the risk to your career are, your mental health must be a priority. Fender finished the year with a triumphant live album ‘Live at Finsbury Park’, a third album written and a support booked supporting his idol Bruce Springsteen. Not bad.