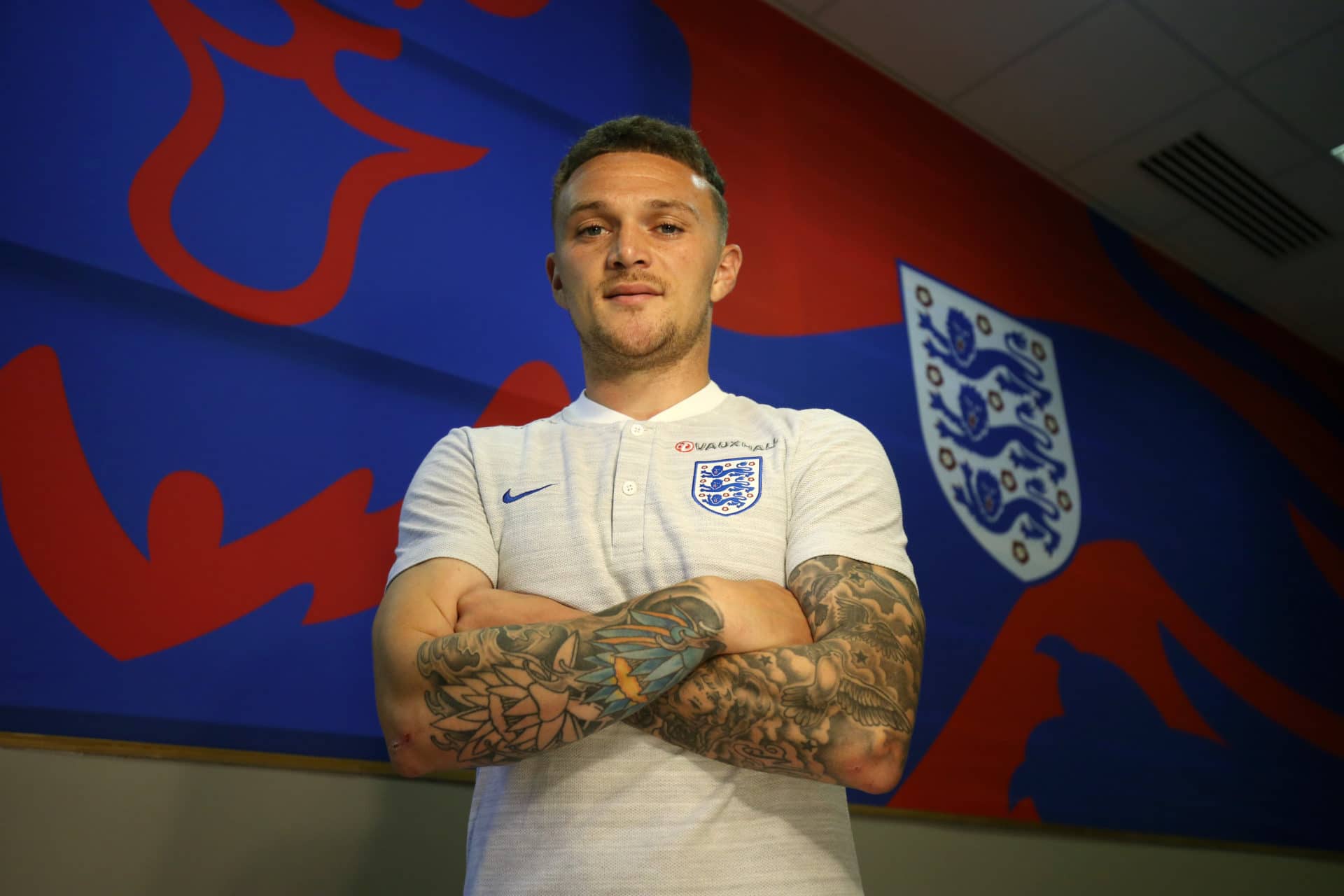 Why this current England team showed a new and exciting way for modern men to be, and what we can learn from them.

As we watched this new England squad at the World Cup there has been a genuine sense of a new English character coming through. The qualities which Gareth Southgate is showing as a manager, are also being displayed by his players, and they represent great qualities for a modern men today. We’re all looking for some answers as to where masculinity should be going, and it’s actually now right in front of the world.

The photo of Southgate putting his arm around the Colombian player at the end of the match told you everything about the man. He feels what other people feel, because he has been through serious trauma himself. He has applied his own experiences of penalties to make sure his players don’t go into such situations as ill-prepared as he was. It all comes down to empathy. 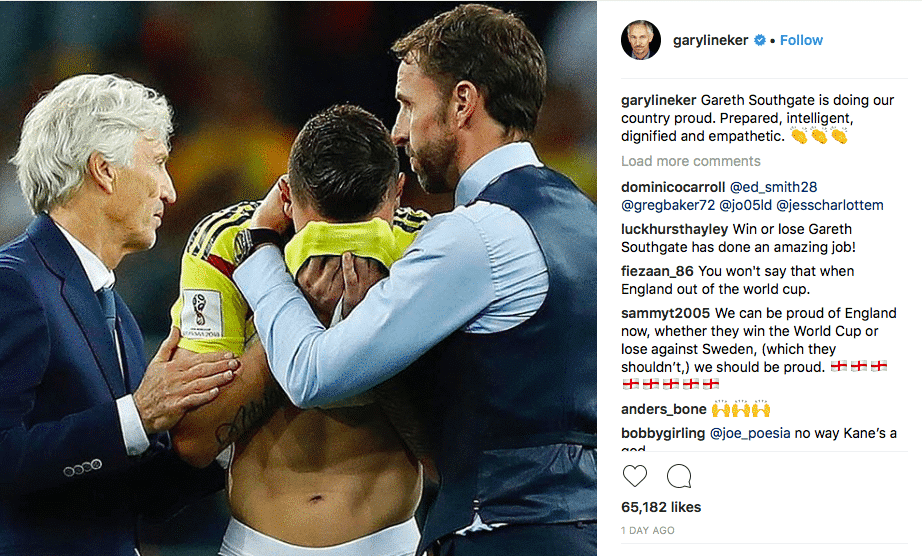 A new kind of England team?

Doing research, seeking knowledge and applying it, trying to leave nothing to chance. Southgate mentioned that he would need to “have a horse trainer’s eye” when it came to spotting if his players were carrying injuries. He is a man very much ‘on it’. And just look at the performance of his players against Colombia. ‘On it’. Even when the Colombians were literally all over them.

This is a key trait of Southgate’s team and perhaps the reason why we have a right to be excited about their potential. Too often in the past England have been undone by individual egos making a name for themselves – Gazza, Beckham, Rooney – who have believed in their national talisman status and effectively gone rogue on the pitch, scuppering results in the process. Under Southgate’s watch, there is little obvious egomaniacal behaviour. Everyone is prepped for a job and doing it for the team. Even, say, Jamie Vardy, looks to be in control of himself. Who likes to work with showboats? It’s about getting a job done as a team. 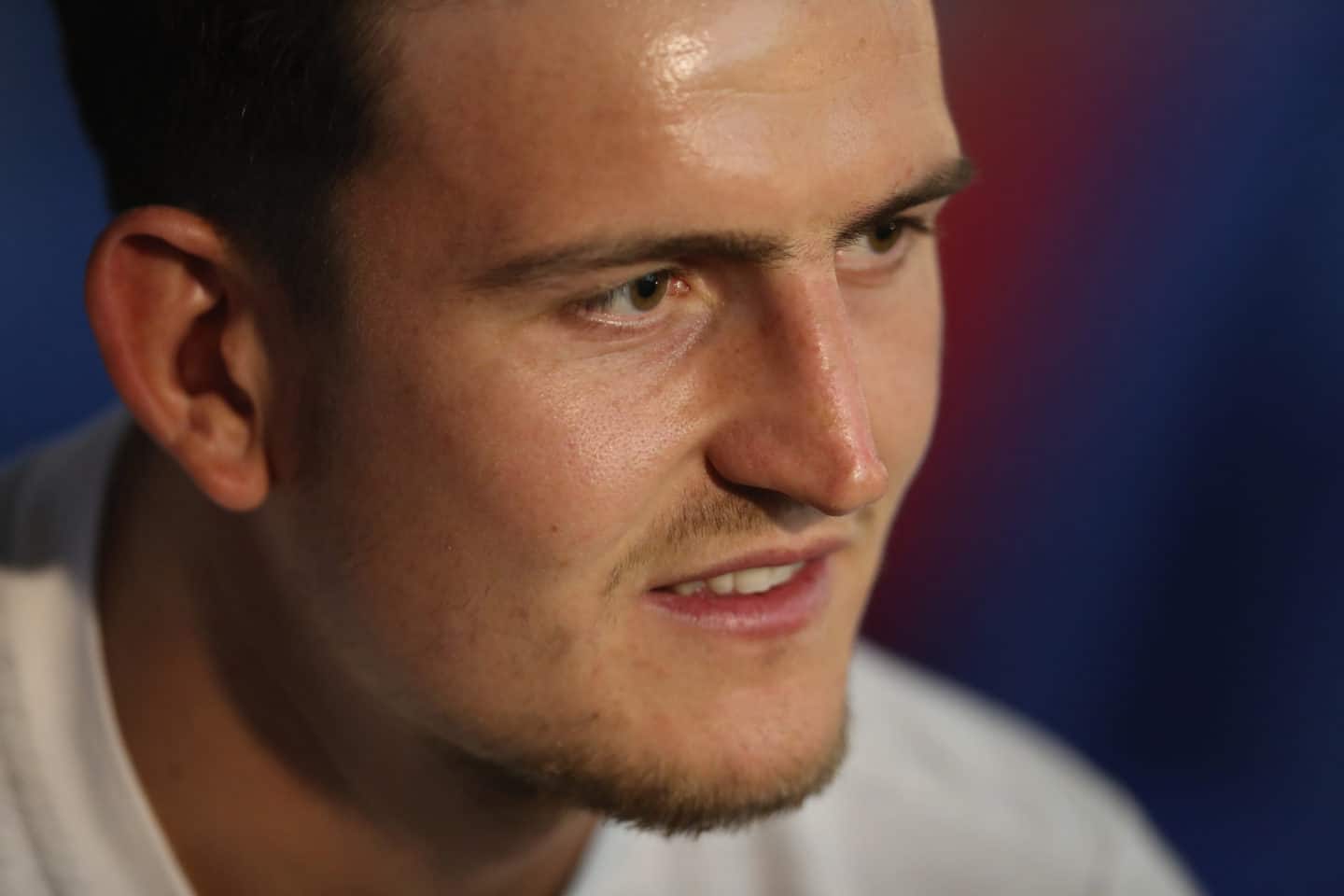 The Pains of Following England at Major Tournaments

Southgate recruited Pippa Grange, a sport psychologist to look specifically at “psychological resilience,” and you could see the effects of that in the game against Colombia. Despite dealing with some dirty old tactics, the young players kept their cool, and even applied some gamesmanship to turn the dirtiness to their own advantage. That shows a new mental strength, to say nothing of the way they survived a late equaliser to see out extra time and then win at penalties. How many teams manage that? Few. OK, in the end they were out-muscled by Croatia, but boy did they get far on belief more than talent.

The whole team look like a class act not seen since the days of Bobby Moore. They seem to handle situations with respect and class. There’s a poise there which isn’t cold, is just well mannered, and in control. Isn’t that what we all want more of? To have more control of ourselves as men.  To conduct ourselves well. Apart from, yknow, if we win at penalties which obviously then requires the tearing off of our own shirts to swing them around our heads. 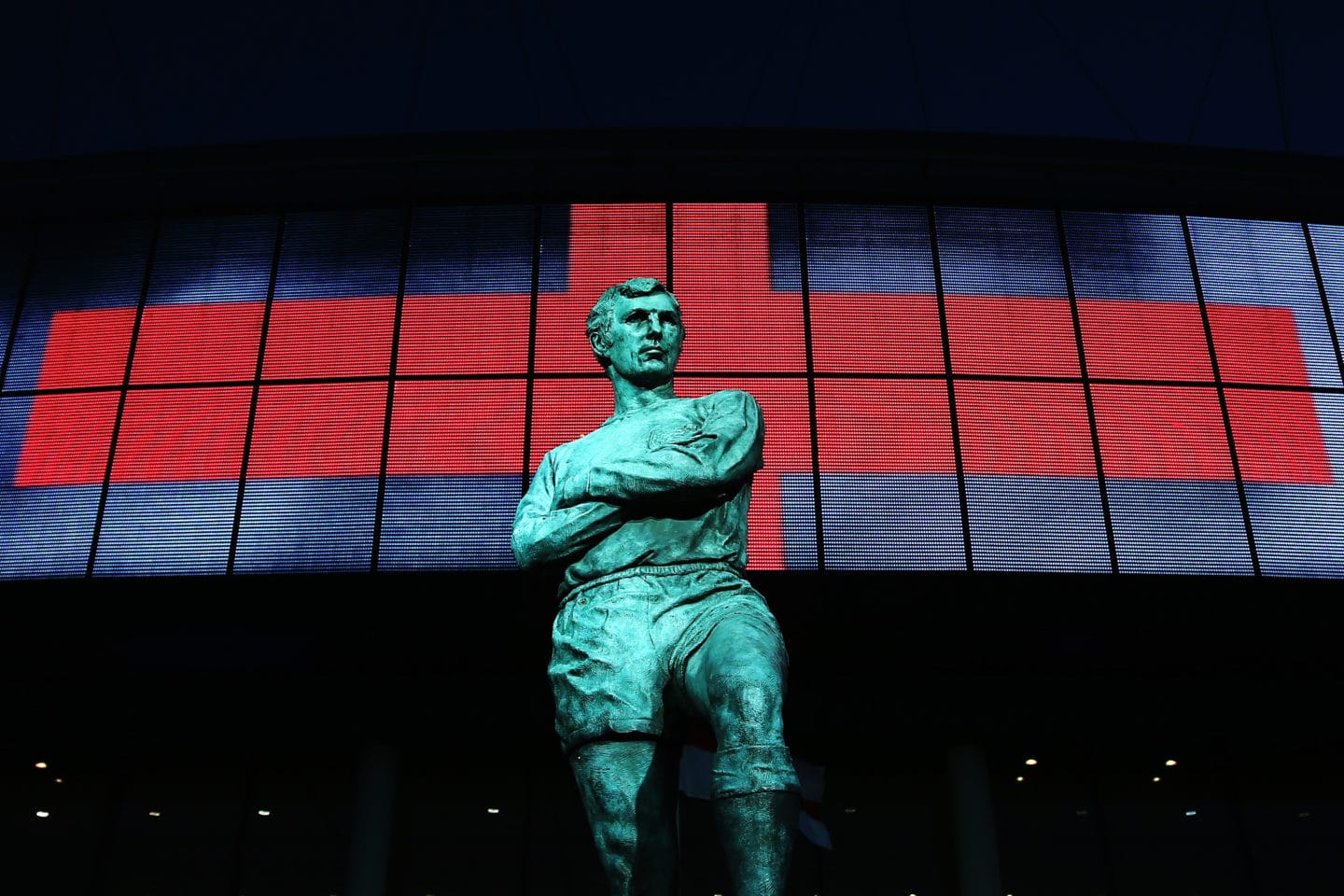 one of Pippa Grange’s methods is to encourage players so share their personal stories on social media, to shed inhibitions. This can be seen in their dealings with the press. These players talk. They say “I was a bit nervous” as Harry Kane did after the Tunisia game, and “I get depressed” as Danny Rose bravely expressed before the tournament. It’s not about excuses, it’s about honesty. It’s real, and shows this new kind of Englishness perfectly – forget the stiff upper lip, this is about opening your lips and being true. Gareth Southgate has said, “you’ve got to be honest in appraising your performance,” and this is clearly bearing fruit.

Remember when Fabio Capello banned tomato sauce from England camps? At the time his dictatorial approach was seen as just what a bunch of spoilt footballers needed. Now, doesn’t it seem patronising? Why would any of Capello’s players feel they could express themselves and enjoy their football when they were treated as if they were already untrustworthy. While Southgate is hardly passing out the KFC bargain buckets, he gave the players responsibility and said repeatedly they need to “write their own history”. Isn’t that the best feeling? To be given the trust and responsibility to do well? Because then, you tend to go do it.

Southgate has said, “The basics of a good work ethic are at the heart of anything. You need to be willing to learn and improve all the time. You must always be thinking how to get a result tomorrow but with an eye to six months or a year down the line.” And that’s something we all need to apply to ourselves. Improvement, willingness to learn, and not just to have a six-pack by August, but to improve as a person by this time next year.

No man is an island, except we tend to try and make that so. In stressful situations men tend to go quiet. When men suffer, they do so in isolation. In this England squad, things are different. There is an obvious togetherness and understanding, best exemplified by the communication on the pitch. John Stones has been exemplified as someone who will literally pause the game while on the ball and tell other players where to go. He’s not screaming, he’s calm, but what he is doing is communicating well. This perhaps, is the key value men need to work on. It may be the answer to happiness.

Fractured identities are the curse of the modern man, who can be any number of selves as we splinter across social media. Yet, for England, Southgate has given the players an identity, which actually comes from a higher purpose. They are a young team, and Southgate has reinforced that in his players. Suddenly it seems less like a worry, and more of an attribute. They can rewrite the history books, make their own story, and become legends if they wish to grab it. Identity then, is about an individual with purpose, and this is what we wall must find. What is our purpose? That way lies the answer to ‘Who am i?’ 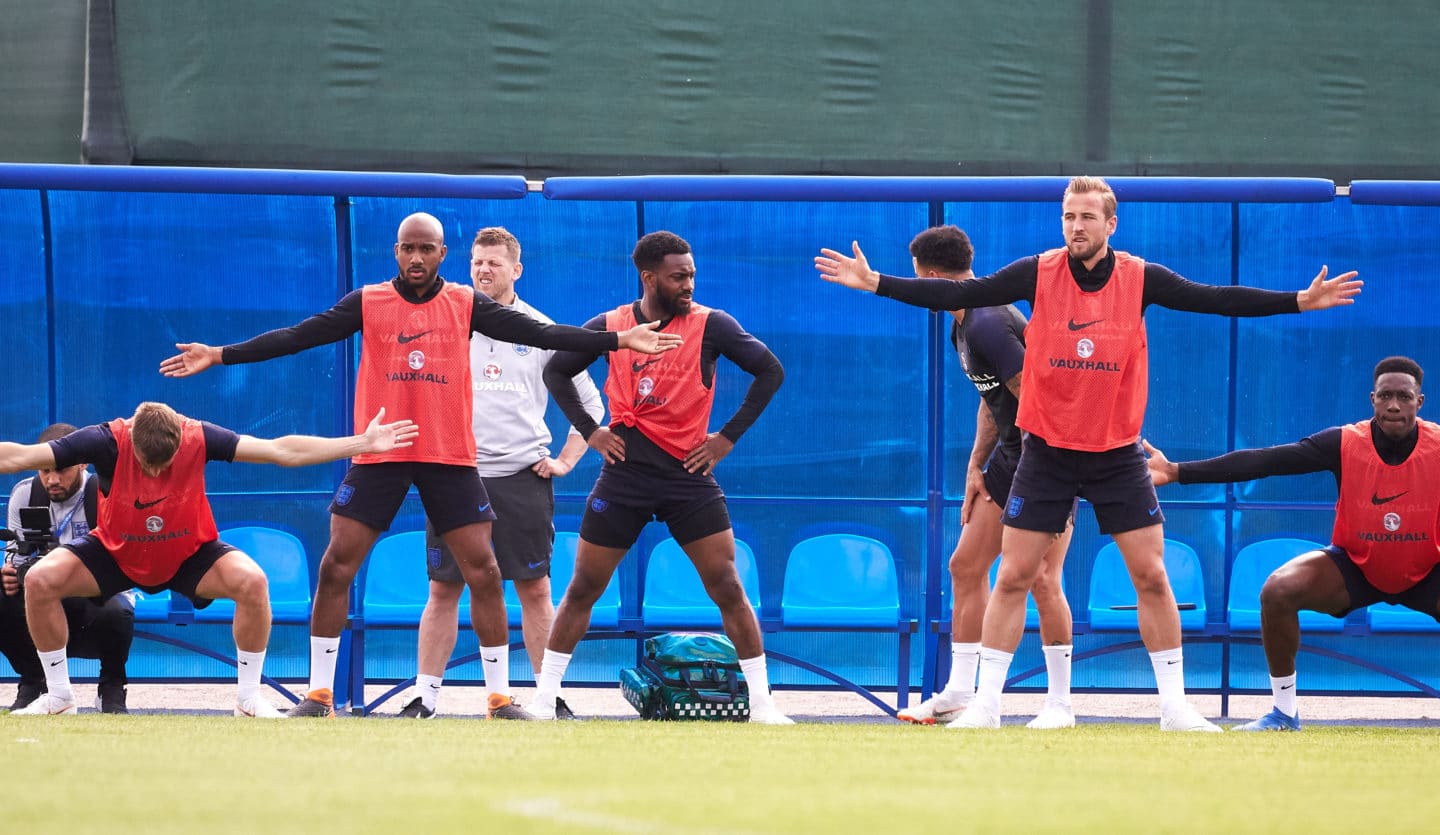 What is the New Masculinity?