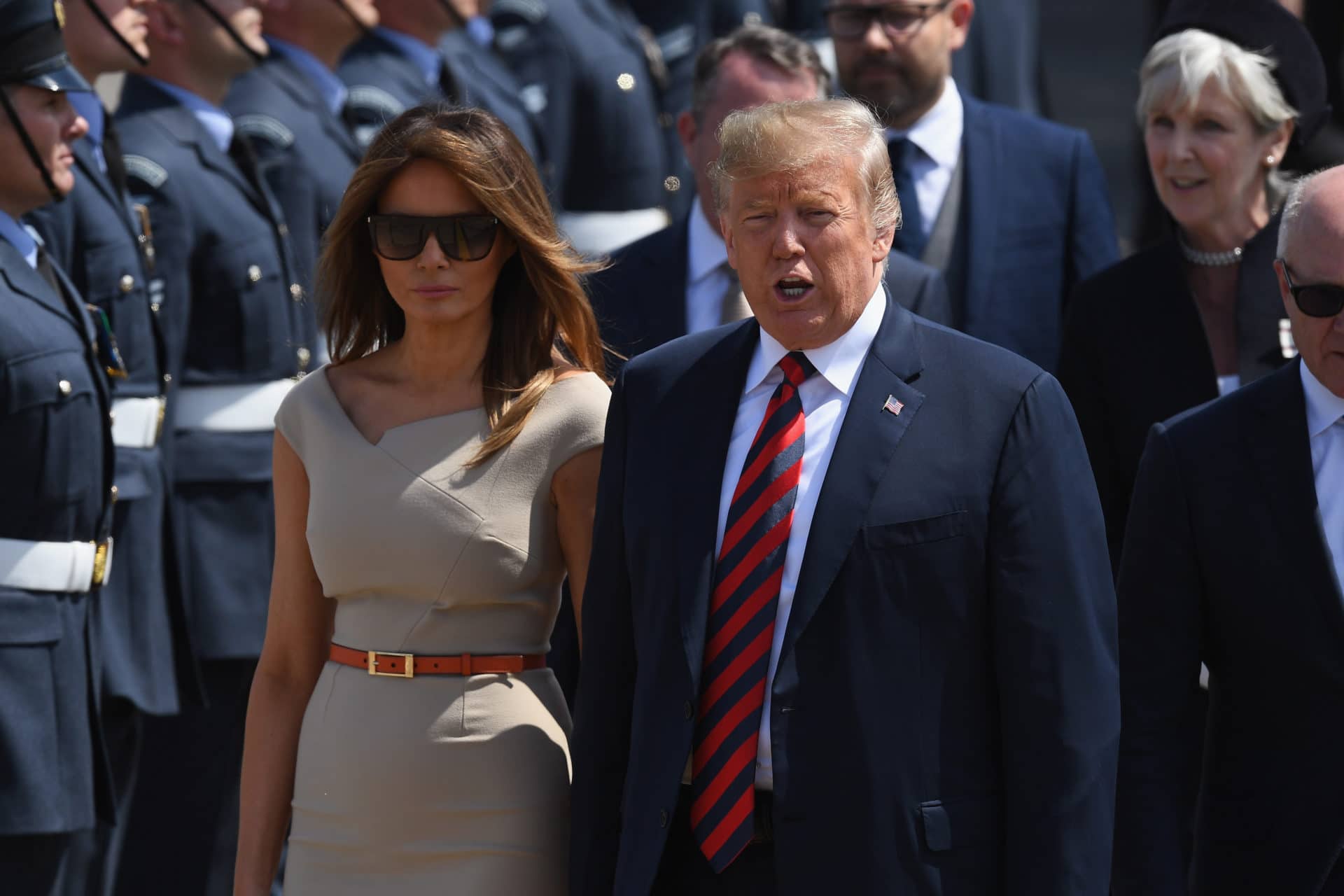 Toxic Trump – Why Men Need To Protest His Visit

As Donald Trump lands in England, isn't it time men stood up to protest against him? It's not just his politics that's the problem, it's the old school masculinity dictating his every destructive step.

We all like to joke about Trump. The handshakes. The ties. The resemblance to Frank Booth the deranged psychopath in David Lynch’s ‘Blue Velvet’.

Let’s call it gallows humour. But now he’s actually landed on our shores, it’s time to take it all seriously. Sure the country is in bits politically but we’re actually possessed with a new national spirit thanks to the England team. At last the national identity has formed around the true experience of life here, that is:  multicultural, open-minded, dignified, smart, responsible, emotional.

Everything Donald Trump isn’t, basically – what an interesting moment for the POTUS to arrive. 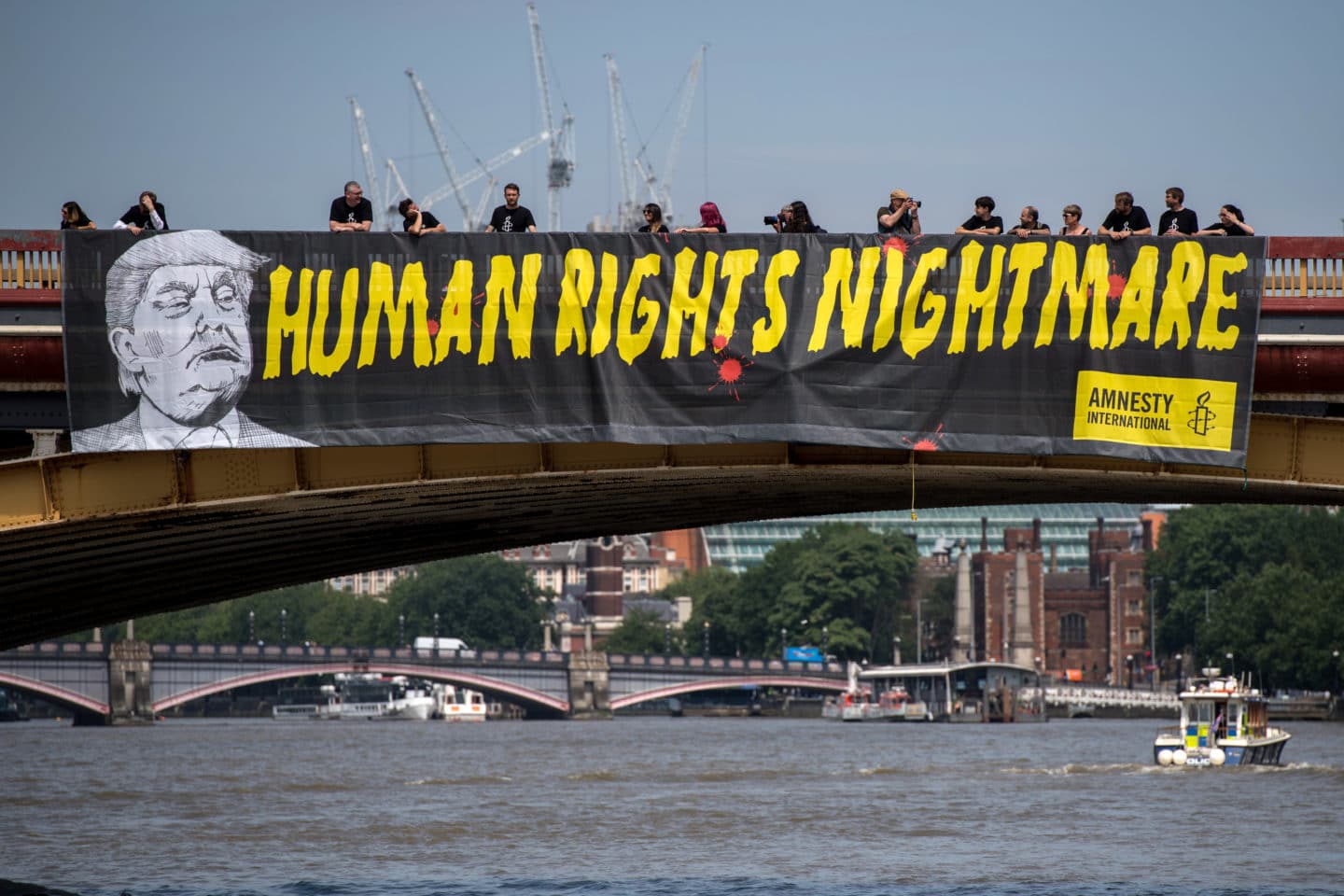 It’s not just a nationalistic thing either, as men are beginning to get to grips with a New Masculinity, and finding it’s working quite nicely for them – the old school boardroom/locker room power hungry bore is getting worn down, er, apart from its place at the top of the most powerful country on earth.  But if we’re to ensure the rise of Trump is the last death throe of the old school, then it’s time to take one aspect of New Masculinity and act on it: standing up for what you believe in.

That’s not just ‘silently disapproving in your head’, that means taking to the streets. If we don’t show our aversion to what we hold true by acting upon it then, as the saying goes, ‘To sin by silence, when we should protest, makes cowards out of men.’

Harsh, but this is where we stand today – if we don’t start taking a role in where the world is going wrong, from bullying at work to global environmental policy, and finding a voice to speak against it, then we really are just existing not living, drunk on the spectacle of mediated life.

So what is it about Trump that needs to be protested against?

Yes, it’s the lack of humanity of his politics, but it’s also what he stands for as man. And by remaining silent, then we exhibit the very complicity that allowed him to rise to power in the first place.

Lisa Hickey, publisher of the Good Men Project in the States, says of Trump, “My current working theory is that with economic difficulties and the workplaces becoming more diverse, and all these other changes, it’s caused men who want to gain power to abuse the system and become more manipulative. Obviously that’s not all men but the ones who want that power abuse the system to get it. And they need the complicity of other men. They need them to look away and not call them out. They assist them by not resisting them. Trump is the epitome of that dynamic.”

Indeed, and as such it is important to not be one of the complicit men. Even as far removed as we are from the American voting system, we can still show we are not complicit with any of his kind by joining the protests. For men, it’s both action and symbolic, a stirring of change and a statement of intent, to be on the right side of history and the right side of masculinity.

He may look like a Toby jug but Trump but he is not one of us. Not what we would call a man.