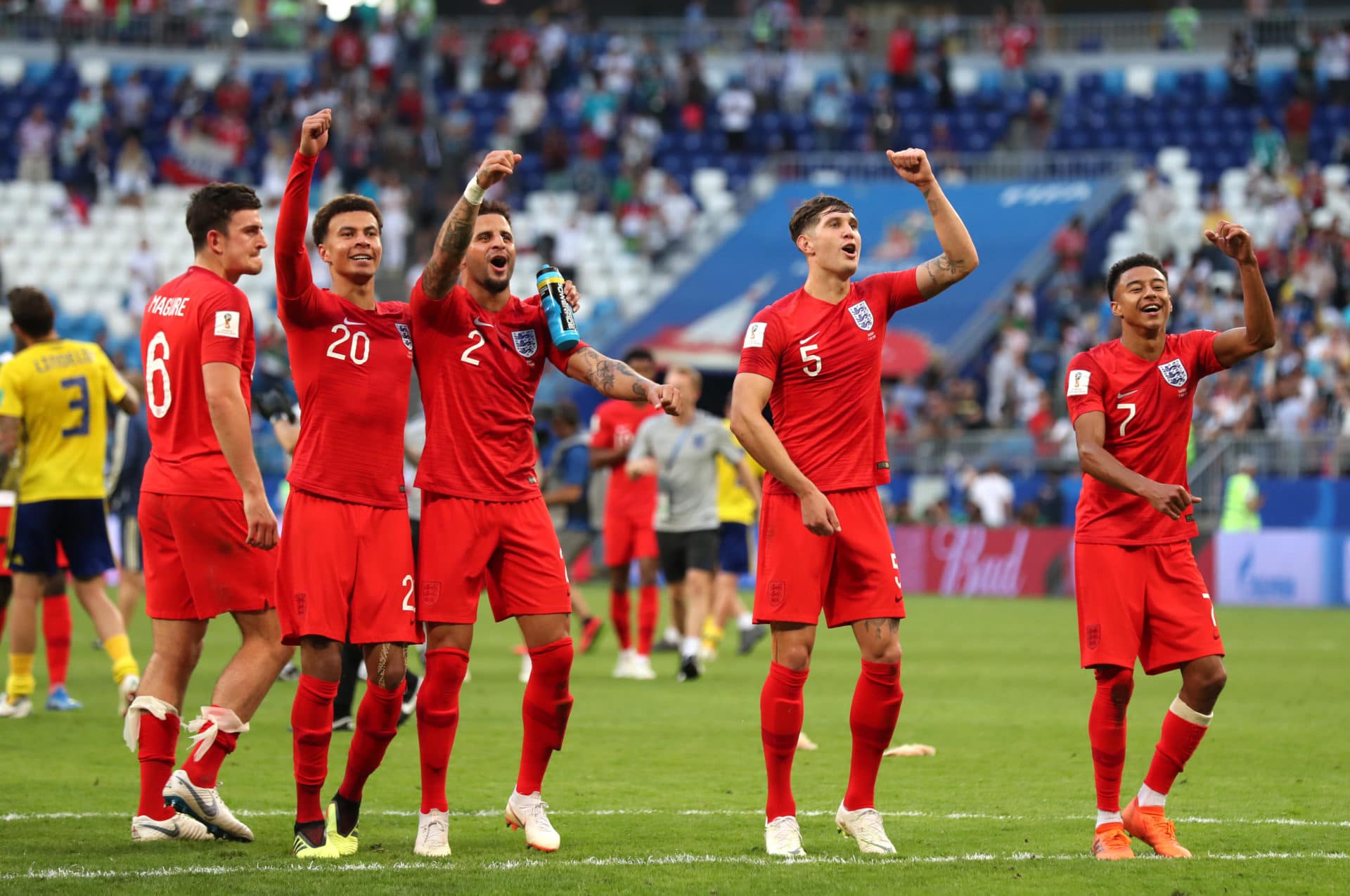 How The New Masculinity Won The Summer

The England team and Love Island coalesced in a popular culture vortex out of which a new mainstream vision of masculinity is flickering into view.

They’re nice aren’t they, those boys? Those young men, with their shaved bodies and eager to please natures. The way they have a laugh, which isn’t bantz, and ‘graft’ without being overly macho, and are confident without being vain, and multicultural without it being a big deal. Yes, I’m talking about the Love Island boys, and yes, I’m talking about the England boys. Both in my mind – and it may be the heat, but I can’t be alone – have coalesced into one image of Young Men Today, and I have to say, they’re alright aren’t they?

Not ‘a bit of alright’, though I’m sure they appeal on that basis too, but ‘alright’ which is British for ‘not a dick’. And this minor alteration is a milestone. Usually the portrayal of young British men, or ‘lads’ are they’re still branded in some quarters by those for whom Nuts magazine is a sorely missed publication, is of a breed utter morons. We’re talking average young men here, working class young men, men who go into town centres on a Saturday nights and who are seen as a dreadful breed, dubbed spornosexuals by the left wing hipster elite, and scum by the right wing Mail-reading elite (both of which elites were usually schooled together).

Well, your average young men is certainly coming across a little better now. Amazing what a bit of success at a game of football can do, but suddenly your average young Englishman, as exemplified by Gareth Southgate’s team, seems actually decent. In the past, even though England teams have met with some success from time to time, you’ve rarely looked at the like of Gazza or David Batty or David Seaman and thought, “I hope my son turns out like him.”

Now, though, Christ I want to have ten more sons just so I can mould them into a mini-me version of the England team. Defeated or not, they are role models. 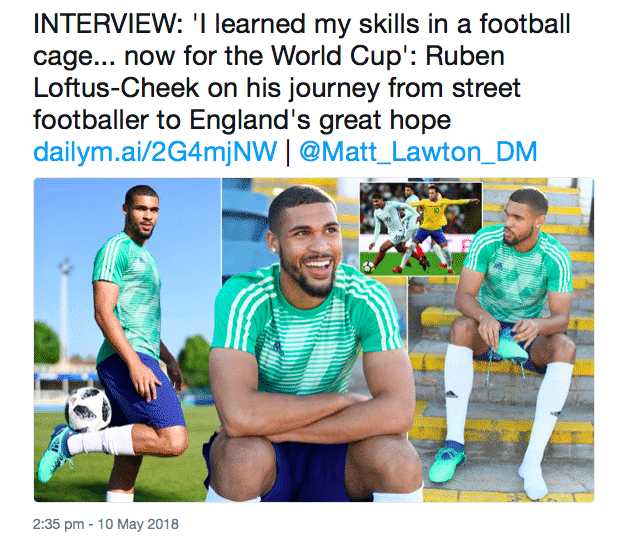 International football is a good barometer of where the national character is at, since even now, it is mostly made up of players from what you’d call average backgrounds, or at least not over-privileged; despite being double-barrelled in name Loftus-Cheek is far too sexy to be posh.

Can we say that the New Masculinity, as espoused by The Book of Man (accept no substitutes), is gaining ground the summer it’s most certainly coming home?

Yes, agrees broadcaster, Tim Samuels, who says, “There’s something impressively refreshing about the guys in the England team – and the type of masculinity they represent. The old entitled arrogance and daft swagger seems to have been replaced by an understated humility, a warm approachability – yet without compromising their steely determination. Whether it’s Danny Rose or Raheem Sterling, they’re willing to wear their vulnerabilities on their sleeves. And the man at the top, without sleeves – Gareth Southgate – shows you can get the best out of people without being an old-school bullying oaf. Tellingly, the last time we got this far was under Bobby Robson – another model of kind supportiveness.”

That’s the truly heartening thing, that out of some of the older generations there are good guys like Southgate leading the way for the up and comers, rather than just spending all their retirement funds on fake tan and golf weekends with Ron Atkinson. And with a positive role model to look up to, well aren’t the young men just shining as all round good sorts?

So, where does Love Island come into it? Glad you asked, and bear with me on this one, but again, this show seems to be a decent barometer of your average English boy (and girl). Love Island isn’t just filled with bunch of unhinged exhibitionists like Big Brother was, it tends to pick the best-looking people from cab ranks around the country and drop them in Majorca instead.

The boys in it are fascinating. They’re nice. Even the ones who do the occasional bastardy thing – like Adam flexing his demi-god bod to get loads of girls to touch his winky, or Josh dumping Georgia the second a less demanding girl came into his midst – are quickly picked up on it for such behaviour, not just by the girls, but by the other boys too, so that they rapidly go through a process of remorse and rehabilitation. Yes, these gents learn from their mistakes. Who’d ever have thought you’d hear of such things this side of World War 2?

Plus, they are of good character, Wes is funny yet steely – witness his standing up to the glass-wearer of the year Alex, who, tellingly, was the most trad bloke in there, and was quickly voted out – Alex the doctor is nice yet prissy and doesn’t like swearing, while old Jack is like some cleaned up version of an On the Buses character, all domesticated charm. The lot of them are basically sweethearts, getting all excited about asking someone if they’ll “be my girlfriend…”

Yes, there’s not just hope for the English male, this could well be a new Golden Age for him, one not seen since Wordsworth and Coleridge ruled the nation by writing lyrical ballads on the moors while off their tits on opium.

Is the New Masculinity forming a New Romanticism?. England may have lost, but the belief in what an Englishman is capable of, has truly been illustrated.

Read about the ten new English values demonstrated by the new England team.