Latest from the Climate Strikes – the biggest protest of all time?

Schools have closed and roads seized as the Global Climate Strike has taken hold today. Here's some of the most notable scenes and discussions currently going on...

Today people are gathering all over the world to protest about climate change. Here’s what’s been going on in cities  as schools and offices empty…

Incredible pictures as Australia’s gathering for the #climatestrike
This is the huge crowd building up in Sydney.
Australia is setting the standard!
Its bedtime in New York…so please share as many pictures as you can as the strikes move across Asia to Europe and Africa! pic.twitter.com/7eAPUQPq5C

People in around 150 countries will take time off school or work to join the global #ClimateStrike.

The FT and The Royal Court have collaborated on a short drama exploring inaction on climate change with actress Nicola Walker, transmitting news from 2050. pic.twitter.com/9PMyV3WVJB

Big crowds now to listen to speakers in #Doncaster #ClimateStrike Children and adults united in desire to save our environment. pic.twitter.com/uVIwvC5Wsr

Nice day for it in Brighton

“Never believe that you don’t make a difference – you are making history now” – @CarolineLucas addresses thousands at Brighton #ClimateStrike pic.twitter.com/lpitzfvNe2

A story about the decline of the Great Barrier Reef

Mick Jagger’s got behind it…[joke edited]

I stand in support of the global #climatestrike today. We need to do everything we can to protect our planet and humanity. Find out more at https://t.co/gWE8ar7Hfk pic.twitter.com/Z45nlFWWf8

Youths are gathering all around the world…

Strikes throughout the world have already been happening from early this morning.

Here are some pictures from Australia, Solomon Islands and Tuvalu!#ClimateStrike pic.twitter.com/N7BwjXXqSk

…and finding platforms to speak.

Freiberg on a Friday

Chris Hemsworth getting stuck in…

What do we want? Climate Action! The kids have spoken! Well done to all the young climate strikers for taking part in #climatestrike drawing immediate attention to the climate change emergency!! Taking to the streets and demanding an end to the age of fossil fuels!! Coming out in droves like Children Of The Corn with far better intentions. Telling our political leaders that if they’re gonna speak for them they need to listen to them! The climate crisis is upon us. Children understand the basic science that if we continue to pollute the planet climate change will worsen and they won’t have a future. None of us will. The planet will die and if you do the math pretty sure that means ....um yep we’ll also be disposed of unceremoniously too🤔So yeah definitely immediate, urgent and necessary wouldn’t you say ..? Get moving “leaders” Step 1 - move away from the burning of fossil fuels, no more new oil, gas, coal projects (that’s you Adani Mine) Step 2 - move toward 100% renewable energy generation and exports by 2030 Step 3- fund a just transition and job creation for all fossil fuel workers and communities as this transition occurs

A poster from the #GlobalClimateStrike protests in Istanbul: “Neither violence nor cyanide – we don’t want to die.” pic.twitter.com/NSdGvs2H8G

Copenhagen getting on it

Liverpool on the march

Climate change demonstrators bring #Liverpool to a standstill as they march through the city centre #GlobalClimateStrike pic.twitter.com/DLvPtGi1y3

Even the Dinosaurs are getting involved…

Dinosaurs thought they had time too… ACT NOW!

Today Stan our T. rex is ON STRIKE, removed from public view & cloaked in black in solidarity with the #GlobalClimateStrike #ArtStrike #ClimateEmergency #ClimateStrike @UKSCN @UKSCN1 pic.twitter.com/m0eVV3Vxpp 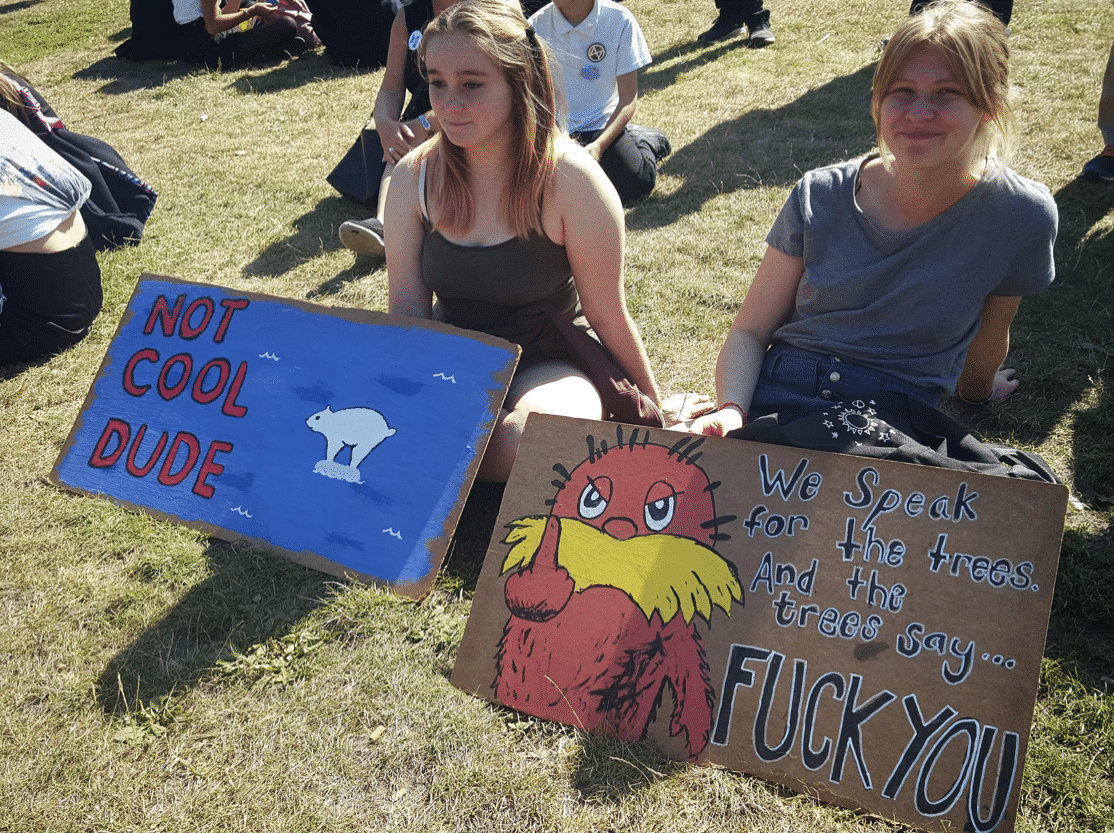 Is it electric though?

The Belgian police has a very futuristic looking vehicle ahead of the protest here in Brussels #ClimateStrike #FridaysForFuture #GlobalClimateStrike pic.twitter.com/uupDEUTYBc

"Youth activists in Germany stood on ice blocks under gallows to symbolize how time is running out for action on climate change. #GlobalClimateStrike pic.twitter.com/k6aXgaVZ2y"

The Mission To ‘Rewild Our Seas...

Is this hydrogen-powered car the future of motoring?