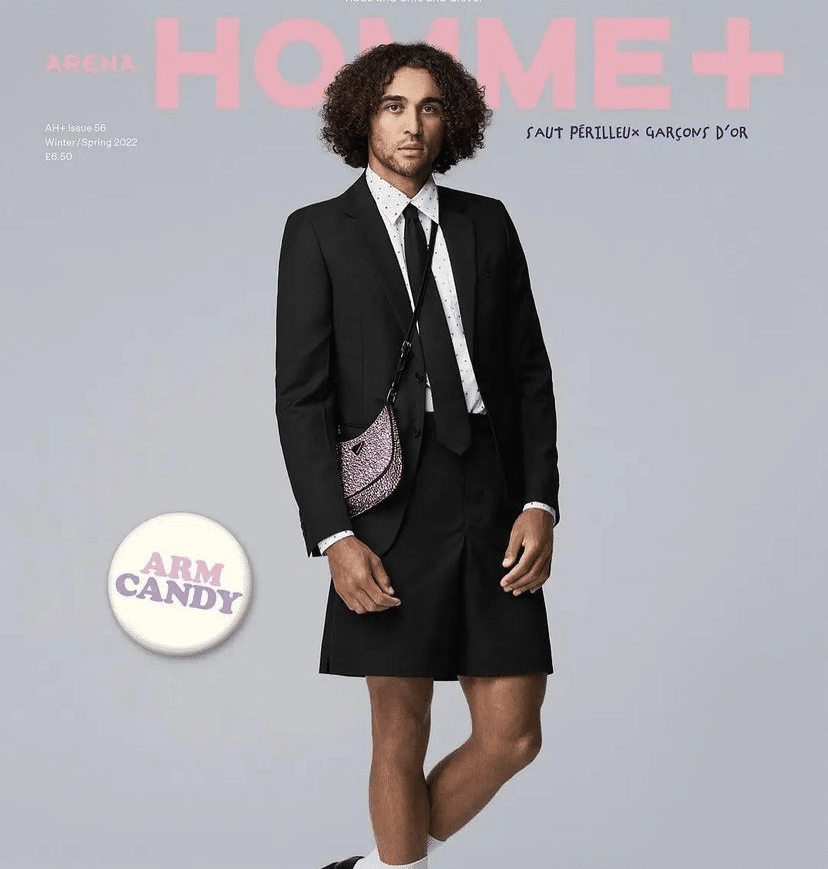 Dominic Calvert-Lewin is not rocking a skirt on THAT Homme+ cover, they're flared shorts, ok? However, it certainly skirt-ish and we for one are ready to go 'full skirt' in the name of fashion and 'the hell with gender traps' spirit. So here's what to buy, gents...

Dominic Calvert-Lewin, Everton striker and fashion lover, is the latest high profile man to turn up on a glossy style rag (which are never read but widely seen, since the dawn of paper). This time it’s Homme+ going for the Harry Style-in-a-dress global viral think-piece-athon. And to be fair to them, it’s a cut above the often ultimate echo chamber that his high fashion, in that his Prada outfit has a genuine double-take effect to it, with it’s schoolgirl playfulness. Now they’re qualifying it by saying he’s wearing ‘flared shorts’ but the image undoubtedly plays upon the short-skirted schoolgirl trope, and somehow manages to stay both outrageous and pretty cool. DCL styles it out basically with sheer chutzpah, and this is what’s appealing for all men when it comes to crossing the line, as it were, when it comes to clothes. It’s not like men can’t wear skirts or really shouldn’t (nobodies going commando under there, surely, outside of Scotland), nor is the sight of men in skirts particular new historically or culturally (as any fans of the Roman Empire or goth clubs will tell you). However, skirts still bring the fear for most heterosexual men – for some very good reasons, if you were to take that look out in most city centres in the UK and weren’t obviously with a stag do. Yet those who do dare to go there – and ok, this may well be easier for famous people with money to buy the best gender fluid clothing not just what’s left on the floor of Primark – but those with the confidence to wear whatever they like, are ultimately aspirational. It simply shakes things up, liberates you, challenges gender expectations and that can only be a good thing. A necessary thing in fact, as men escape from a narrow view of masculinity into a future of masculinities.

Oh, and apparently skirt-wearing amongst men went up during lockdown, and once The Book of Man had an operation ‘down there’ which meant he had to wear his girlfriend’s skirts for a week, and let me confirm: they’re comfortable as fuck.

Here’s our pick of the best skirts for men. 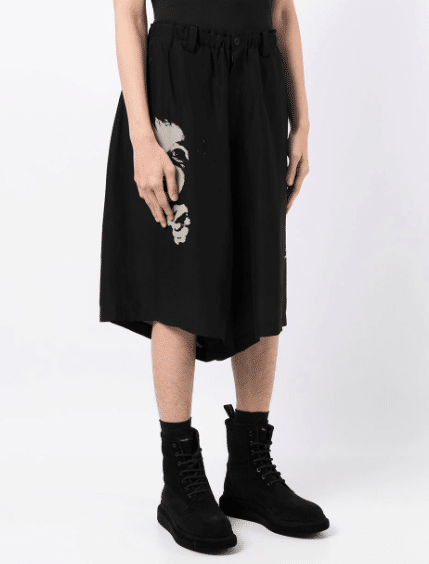 Screamingly expensive but sets the tone for the gender-fluid punk feel (more Howard Devoto than Sham 69) that a skirt can bring a man. We like the white boots in this look too. Anyway, this is a rock solid winner for gigs, festivals, even five-a-side football tournaments (if you're any good, that is). £1142 from Farfetch 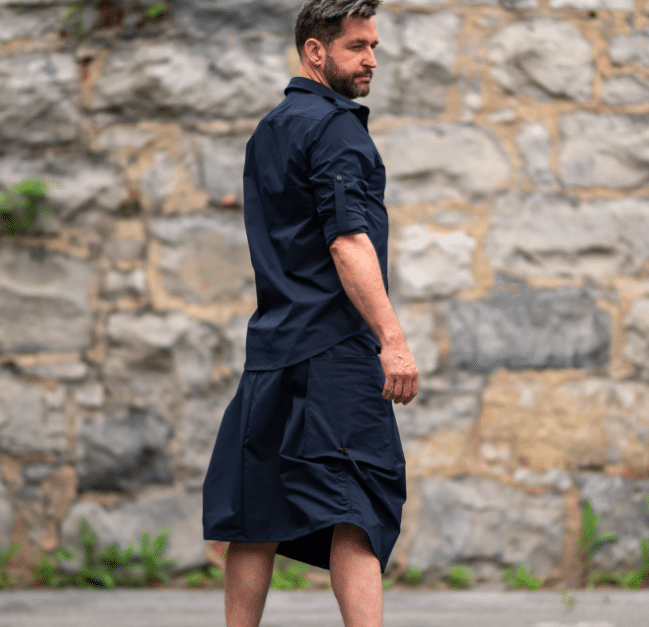 The label SNIDER have come up with this dadcore version of a men's skirt. Using 'a moisture-wicking tech fabric that’s wrinkle-resistant and lightweight. Details include a front zip closure, signature drawstring details at the side, and oversized side pockets.' Yes, very ' trendy dad takes the kids to the park', a sort of comfortably gender-fluid alternative to cargo trousers. As trendy dads ourselves, this is definitely one we're taking a punt on... £468 from Wolf &  Badger 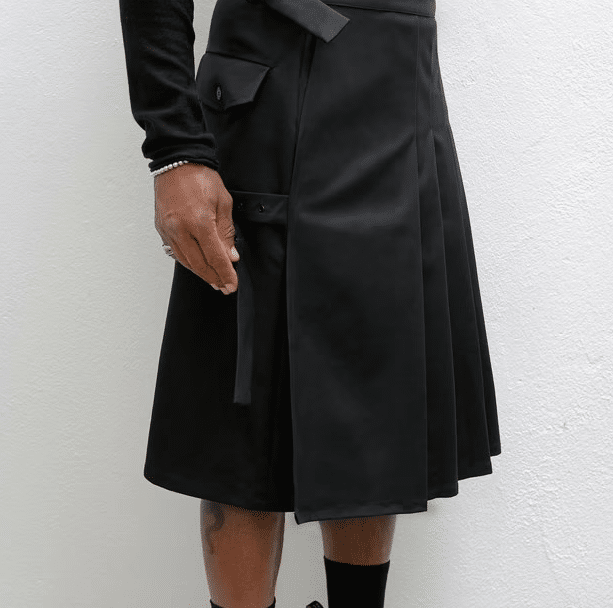 We like the Dune vibes of this one, the opportunity it provides to show off leg tattoos. Feels like an easy win. £110 from ASOS Marketplace.

Careful with the sizing here, these are on the small side, but for Yungblud fans or if you're our age, Axl Rose fans, this is a good route to take. Accessorise with DMs, studs and an attitude, for those work awaydays when you want to make an impression. £19.99 from H&M. 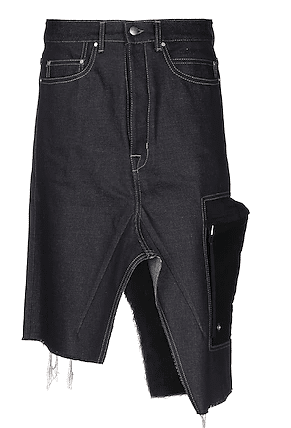 Denim mini skirt with a raw hem. The question is: are you cool enough to wear it? The other question is: you'll wear pants under it, right?  £366 from Yoox 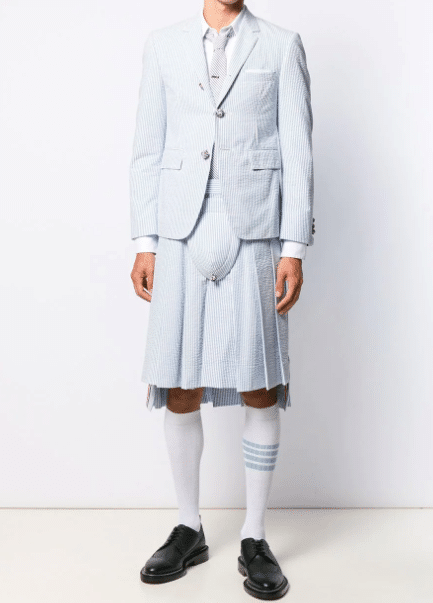 Getting out of the dark colour hetero safety zone here, with a bright and smart pleated skirt that will be perfect for spring occasions. Not for walking the dog in January... £880 from Farfetch. 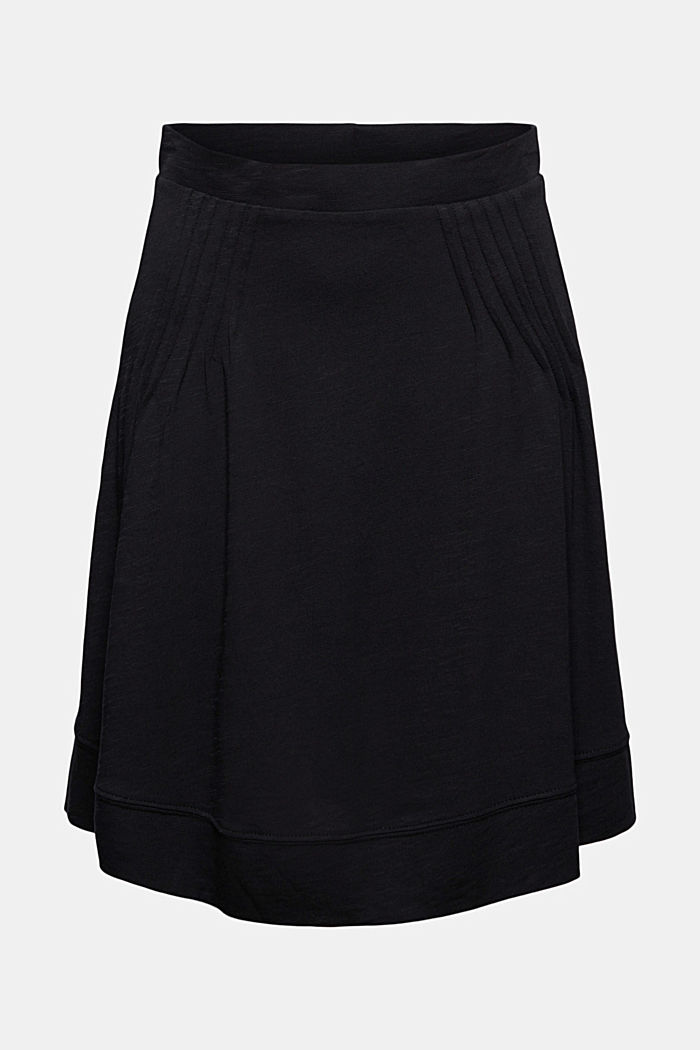 Nice and simple, and very comfortable, these are an entry-level route into wearing skirts. Perfect for those who want to try out the look at home before braving the outside world. Helps break the mental block of embarrassment if you usually wear your skirt while slobbing about in a pizza coma. £16.99 from Espirit.

The North Water style – get the lo...

How to cope with grief in a time of nati...