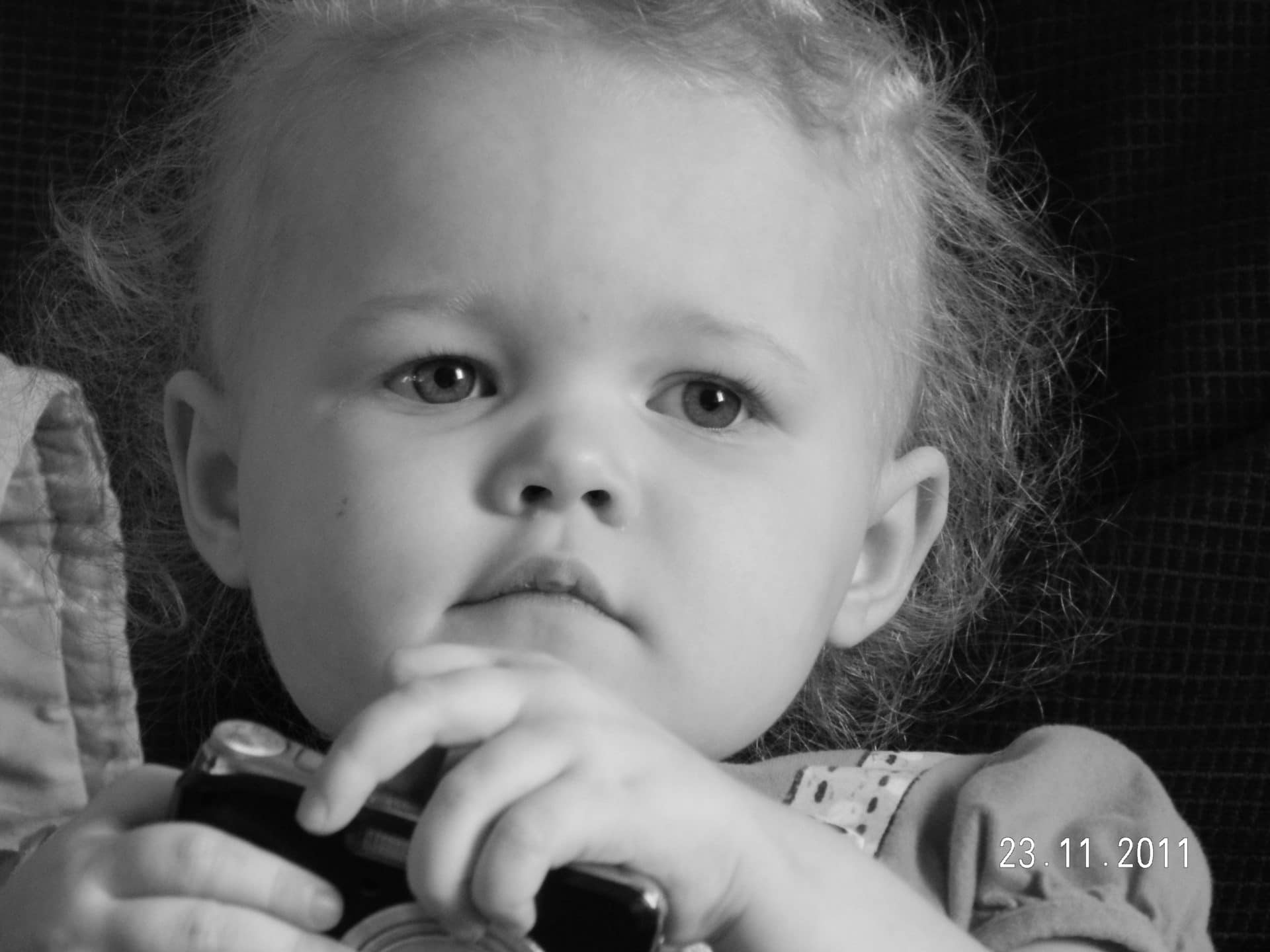 One Dad’s Story of His Daughter’s Cancer Journey

When his two year old daughter was diagnosed with cancer, this Dad faced a parent's worst nightmare. Here's their story, in support of Childhood Cancer Awareness Month.

September is Childhood Cancer Awareness Month, and to mark it, we have teamed up with Cancer Research UK Kids & Teens to tell the story of a dad called Wayne, whose daughter, Izzy, was diagnosed with leukaemia when she was just 2 years old.

Dr Áine McCarthy, Senior Communications and Marketing Manager for Children’s Cancers at Cancer Research UK, says: “Around 8 in 10 children and young people diagnosed with cancer in the UK now survive their disease for at least 5 years*, and many survivors have benefitted from research funded by Cancer Research UK.

“However, cancer still claims the lives of around 520 children and young people each year in the UK**, and those that survive can often experience serious long-term side effects, like hearing loss and infertility, that affect them for the rest of their lives. So, we’re calling on people up and down the country to get behind Childhood Cancer Awareness Month and support Cancer Research UK Kids & Teens to help find new, better and kinder treatments for children and young people with cancer.”

With that in mind, read Wayne’s story, in his own words, about his daughter Izzy’s cancer experience:

“I got the call at work. Izzy was 2 at the time, and she had some cold and flu-like symptoms. My wife put her down for a nap that afternoon and when she woke up she was crying and in lots of pain – there was no way of consoling her.

“My wife took her to the doctor who sent her to hospital immediately – Izzy clearly wasn’t happy and was in distress.

“I’d left work by that time and joined them at the hospital. They first asked if Izzy ate her vegetables because she was a bit anaemic, and then they were saying something about an infection, which we assumed was pneumonia. But then the next day after some more tests, they said she had cancer. I remember our family came to be there with us through that time.”

“A couple of days after we were told the news, Izzy was moved to a unit in Southampton Hospital where she started her chemotherapy. They gave her some painkillers which calmed her down, but she was laying there, really unwell. She wouldn’t smile and just wasn’t her normal self.

“Then after a couple of days of treatment she sat up for the first time. It was an amazing feeling when she started smiling and playing with her toys.”

“Izzy had to have a central line put in which went under her skin, through her side and into a vein so she could be given the chemotherapy drugs. During the treatment the line occasionally moved so sometimes she had to have it replaced, which was really hard.

“The doctors told us there were 3 types of treatment plans available that Izzy could potentially have – plan A, plan B and plan C. And that they needed to carry out some more tests to figure out which plan she should have. The tests showed that Izzy was a high-risk patient, which and that she needed treatment plan C.

“The treatment lasted two years and it did punish the cancer a lot, but Izzy suffered with it as well. She lost her hair which had been her pride and joy. But she didn’t really care at the time; she didn’t care about much. And she was afraid of anyone in blue. Whether you were a nurse or a regular person she didn’t like you in blue because she associated it with being poked and prodded and jabbed.”

“The treatment plan that Izzy was on included really powerful chemotherapy drugs. And amazingly, within the first 5 weeks, it showed signs of working – it was killing the cancer cells. But the message from the hospital was that they had to give Izzy the rest of the treatment to make sure it stayed that way and to make sure the cancer didn’t come back. Still, just to hear the that the treatment was working was an amazing feeling.

“We had to change a lot of things with Izzy having chemotherapy for two years – there were some foods she wasn’t able to eat and every time we went to eat somewhere it had to be freshly made to ensure it hadn’t been sitting around.

“And we had to boil her water. I don’t know if you’ve tried boiled water but it’s rank, it’s the worst thing. When Izzy finished treatment, I took a picture of her drinking tap water for the first time because it was such a big moment.

“It was a long process and we spent a lot of time in and out of hospital, usually when her temperature went above a certain number. And we had to give Izzy meds at home too which weren’t very nice. The whole thing was pretty full on.”

The toll as a Dad

“As a dad, I always figured I could fix everything. Like when I fixed the washing machine – it had a hole in the rubber around the door, so I ordered another one, watched some ‘how to’ videos and fixed it. But with Izzy, I remember just thinking I can’t fix this, I can’t do it on my own. I think that’s the worst thing, and it’s so difficult to see something happen to your child that you can’t even try and fix.

“You just have to let go and let the doctors and nurses do what they do. You have to go through the process like everyone else.”

“We had so much support from Cancer Research UK and other charities during this whole time. We didn’t feel like we were doing it alone, that was the main thing. We always had someone there and it made all the difference to us. We had continuing support from all angles.” 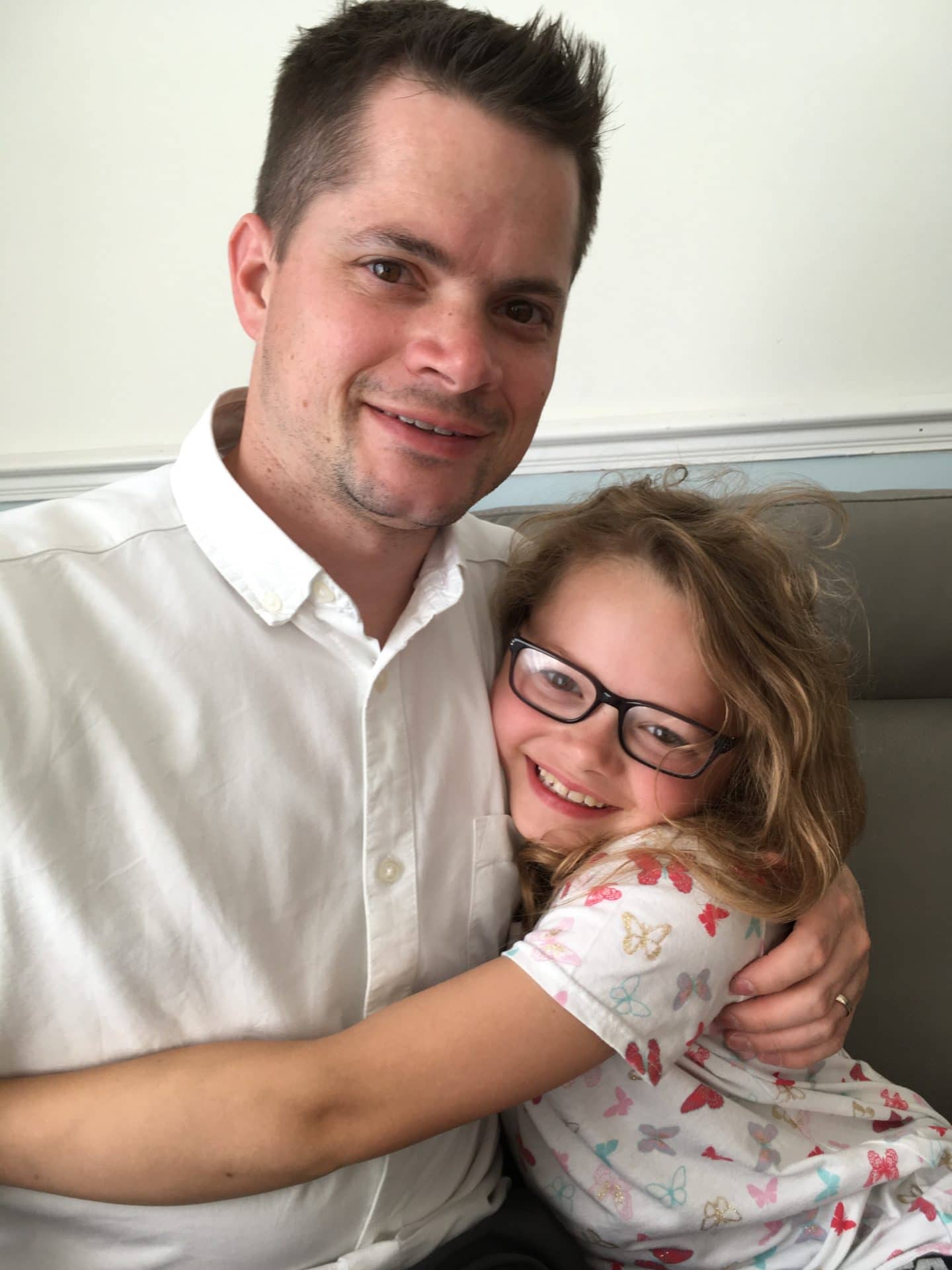 “We’ve come out the other side of this and right now, Izzy is an amazing 9-year-old. She’s healthy, she dances, she runs, she jumps, she does all the things that other children do.

“As a parent, you always have that niggling feeling that the cancer might come back, but thankfully there’s no sign of that happening and the doctors are quite confident that it won’t. The fact that Izzy has to go for fewer check-ups kind of shows that. She’s doing well.”

“We’re a religious family, and we’re a bit of a ‘get on with it’ family too – so as soon as Izzy was diagnosed we thought ‘we’ve got to get on with what we can do’. Some would call that faith and in a way it is – you have a hope that things will get better.

“After what we’ve been through we certainly look at family in a different way and know even more how important family is.

“We have another daughter now. She wasn’t born when Izzy was going through treatment, so we talk about it with her – we make her part of that story and share the experience with her. That’s important, that we’re all on the same page. It does bring families together.

“We know a family who lost their daughter to a similar cancer and we’ve tried to be a support to them. Having gone through something like that you want to give back. And whenever Cancer Research UK ask me or the family to support Cancer Research UK Kids & Teens I will. So many people helped us and if I can return that help in any way, I will.”

Wayne and Izzy are supporting Cancer Research UK Kids & Teens, in partnership with TK Maxx, during Childhood Cancer Awareness Month this September. Find out more about children’s cancers and how to support our research to help find new, better and kinder treatments for children and young people with cancer at cruk.org/kidsandteens