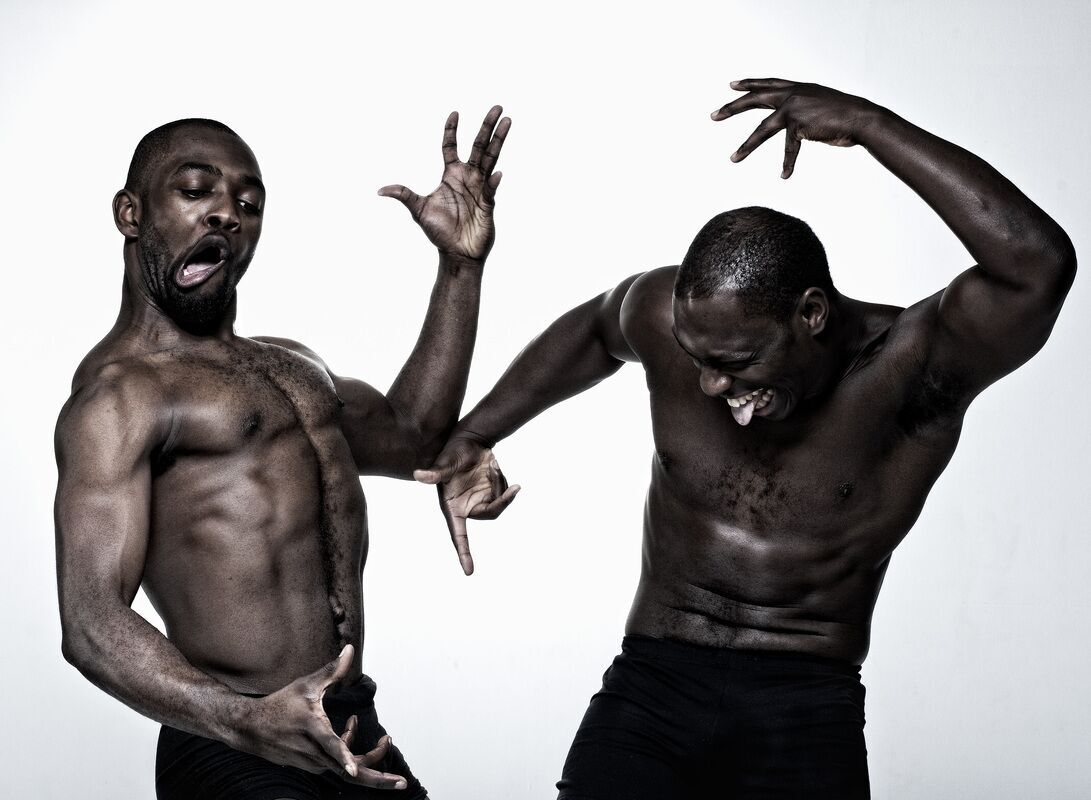 This man has reinvented ‘dad dancing’

Expressing how you feel can be difficult for men, especially for supposedly invulnerable fathers. So what about doing so through the medium of dance? Joseph Toonga, artistic director of Just Us Dance Theatre, is doing just with a hypnotic new show called 'Daughter Daughter - Before I Met You...'. His hip-hop-inspired extravaganza shines a stark light on the often awkward relationship between father and daughter via the art of body-popping. The genesis of the show, says Toonga, came from the birth of his own daughter…

On missing out on fatherhood
Joseph Toonga arrived in Newham, East London, as an infant: “Me and my mother came to the UK; my dad stayed in Cameroon. I spoke to him twice in my whole life. And when we did finally start our relationship, he died of meningitis. That mentally affected me for a very long time – and affected my behaviour. Seeing other people’s dads made me jealous. They weren’t perfect, but mine didn’t really make an effort, which inspired me to be my daughter’s life as much as I can.”

On the complexity of fatherhood
“I’m a dad to to a beautiful three year old daughter. But if I’m honest, I still find it a bit nerve-wracking. Suddenly, I have someone in my life who relies on me 24/7. That can be hard to adapt to, but the fact that she’s a female does add a another layer of complexity. I  thought, ‘How do I teach my daughter the male perspective?'”

On dads struggling to open up
In order to find out more about the “surprisingly dark” emotions that swirl around in the head of a father, Toonga gave out anonymous questionnaires. Initially, dad’s were reluctant to open up: “A lot them were like, ‘Lovely’ or ‘Caring’. One word answers, basically. Which just illustrates how fractured these relationships can get, especially in the teenage years. But that’s the kind of uncomfortableness I’ve tried to bring to this piece.”

On life lessons
The most satisfying part of being a dad, says Joseph Toonga, has been teaching his daughter that you don’t have to do the stereotypical thing to achieve. “I was lucky in that my teachers understood that dancing was something that would help me with discipline and keep me out of trouble.” His mum, on the other hand, took a bit more persuading: “It was *not* my mum’s first choice of career. I don’t think she brought her son all the way from Cameroon for him to be a dancer – although she’s very supportive now.”

On learning to accept awkwardness
“Uncomfortableness is etched into the DNA of parenthood, but sometimes that’s part of the joy of raising a daughter. I took her clothes shopping the other day and she was like, ‘Ah daddy it stinks!’ I mean, that was awkward. Then we saw a ginger customer and she’s like, ‘Why’s her hair like that?’ Being a dad is basically a lot of awkward answering in public.

On his new show connecting with men
“After the previews, a lot of dads came up to me to say they’d connected with the performance. They understood the darkness and felt like maybe it was time to confront that and pose the question, ‘Maybe I should change to keep pace with my daughter?’ That’s what I would define as success.”

Catch Daughter, Daughter at The Lowry in Salford as part of their biennial, cross-arts festival Week 53, running from 17 – 28 May