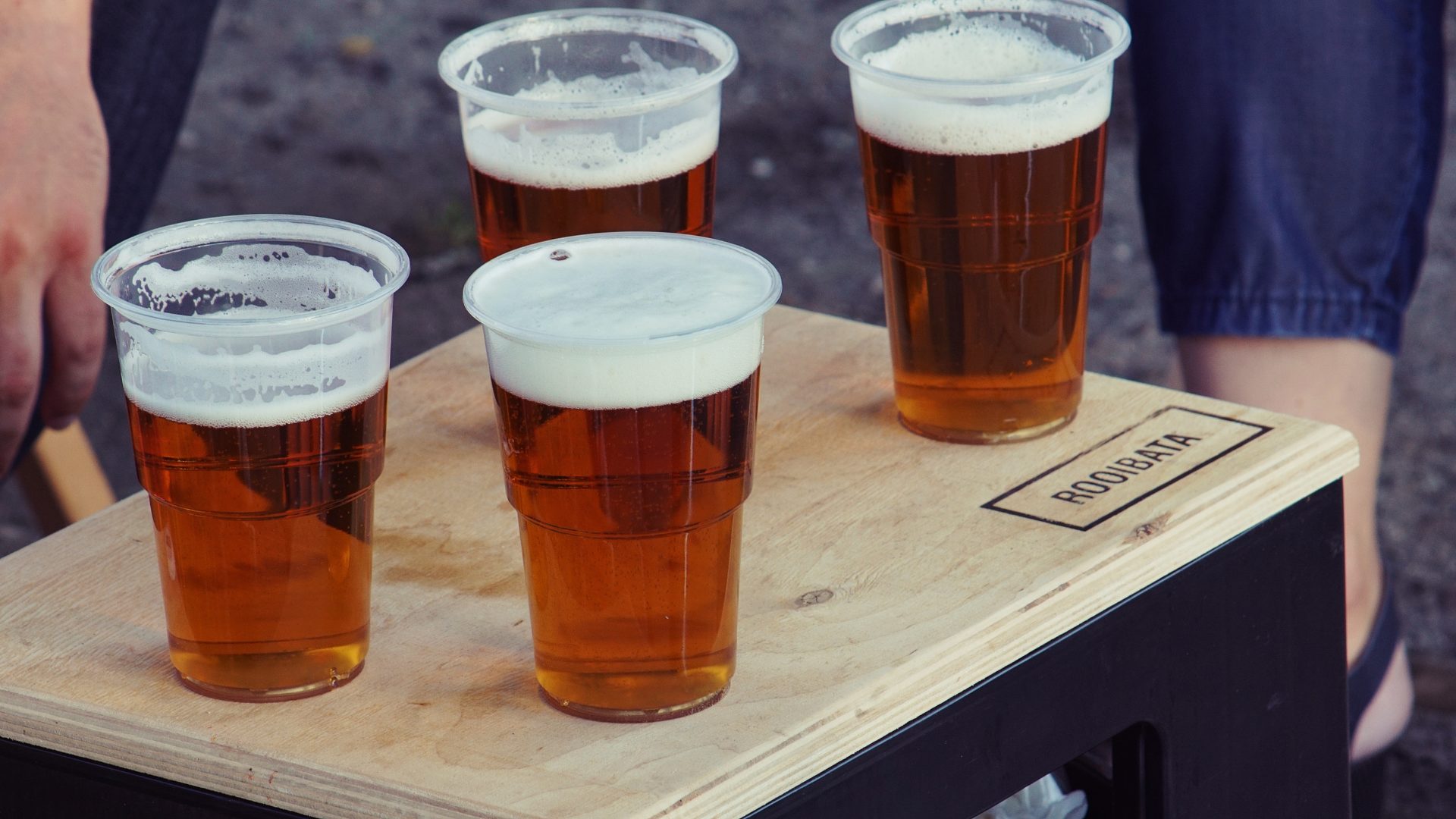 Men and Beer: The End of the Affair?

Time was when 10 pints a session made you a real man. Now, with non-alcoholic beer on the rise, it could mean male culture is changing. But, as Harry Harris writes, beer is so bound up with masculinity, change is slow.

You can usually tell whether or not a marketing stunt has gone wrong by how quickly the thinkpieces start appearing, and in the case of Brewdog’s Pink IPA, boy did they fly out of the traps. The “Beer for Girls” campaign was, despite its intentions to highlight the wage gap and support women’s charities, derided as patronising and cynical, contributing to the very thing they purported to be against.

Satirical or not, implicit in the stunt’s tagline was that, normally, beer isn’t for girls, though this shouldn’t come as a surprise. Beer is coded as male across the board, whether that be insidiously, as with this Corona advert that promotes responsible drinking based on the suggestion that getting drunk might lead you to embarrassing yourself in front of The Lads; or this more overtly sexist campaign from Goldstar, which goes with the slogan: Thank God You’re A Man.

The effects of this are plain to see. 9% of men in the UK show signs of alcohol dependence, and perhaps more surprisingly, 45% of men aged between 45-64 admit to drinking in order to fit in with a group. Alcohol consumption — and specifically beer consumption — is so bound up with masculinity, that it’s making it difficult to have an objective, healthy relationship with it. Drinking should be a choice, but when you’re conditioned to believe that you have to drink in order to fulfill a societal expectation, the ability to make that choice becomes more difficult.

However, things do seem to be moving in the right direction. 2004 was the peak year for alcohol consumption per head, topping out at an average of 9.5 litres per year. That figure has fallen steadily since then, and is now less than eight. One contributor to that decline could be low or non-alcoholic beer, sales of which rose twenty percent in the past year. Initiatives like Dry January, and a generally more health conscious, self-aware population could be behind this, but while you can make a link between those reasons and people cutting back on their drinking, you can’t draw a line between them and non-alcoholic beer specifically.

Maybe the answer is more obvious. Look at the brands behind these non-alcoholic beers. San Miguel 0.0%, Budweiser Prohibition, Becks Blue, Heineken 0.0%. While independent craft breweries are making inroads into low-ABV products, on the whole, it’s the main, recognisable breweries who are attempting to corner the market. The branding is the same, the look is the same, and through some witchcraft, the flavour isn’t a million miles away. Even on the craft side of things, where beers are marketed for their flavour first and foremost, non-alcoholic beers are apparent. Brewdog have their 0.5% Nanny State, sales of which rose from £1.3m to £2m in 2017, which Scottish brewery Innis & Gunn have their Innis & None, an alcohol-free pale ale they released to tie-in with Dry January in 2017.

If we’re talking about beer being something men are conditioned to drink, then perhaps the best way to get them off it is to offer something that is almost exactly the same, save the consciousness-altering properties. It’s a kind of trojan horse approach to public health. Man’s relationship to drink doesn’t change all that much, but it’s the drink itself that changes.

Beer is not the only offender here. We’re taught wine is perfect for a girls night in, and that lambrini girls just want to have fun. Gin has been coded as female since the 18th century, known as Mother’s Ruin, Mother’s Milk, or Mother’s Tears. Jack Daniels and Jim Beam have both helped cultivate an idea of whiskey or bourbon as being particularly masculine. Culture has defined all these drinks for us, so before we’ve even drunk a drop of alcohol, our relationship with it is, to an extent, predestined. As a result, our ability to make a free and informed choice is complicated. The fact that we seem to be scrutinising this shows that we are attempting to reclaim this choice for ourselves.

Read about the changing nature of portrayals of men in the media.