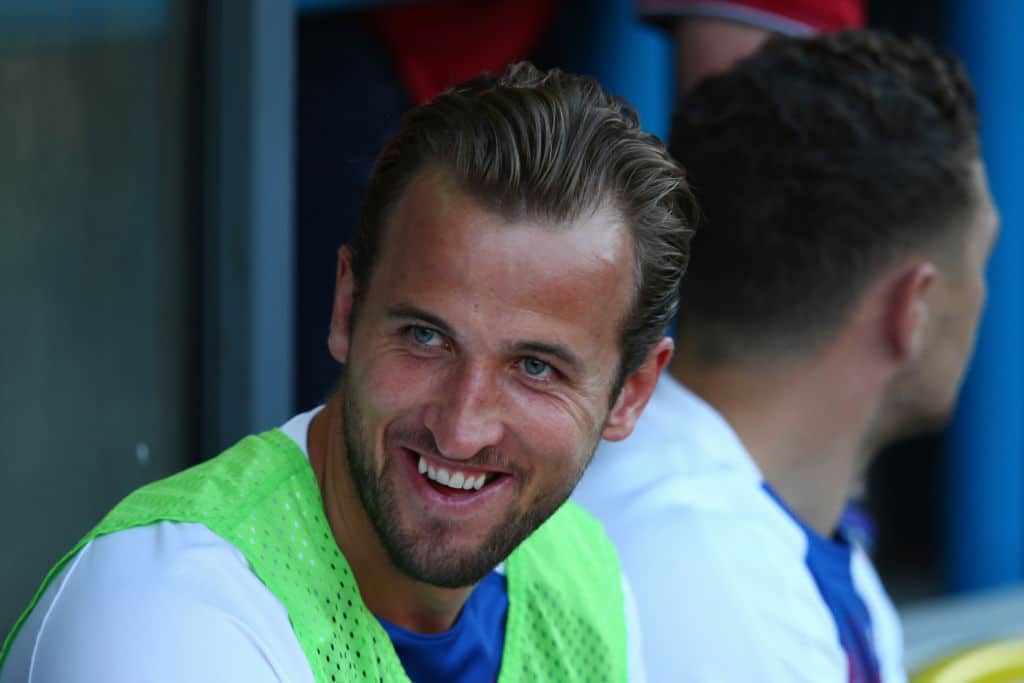 Which one is Beckham?

10 Tips to Survive the World Cup if you Hate Football

Everyone love the World Cup. Except for loads of people who don't. One of those is Matt Charlton, who doesn't actually like football at all. Here's his tips for World Cup survival if you are of a similar ilk.

‘Hooray!’, I hear most of you shout, ‘the football world championship cup’s back!’ You’re overjoyed, aren’t you? AREN’T YOU? LOOK AT ME WHEN IM TALKING TO YOU!

But me? Not so much.  I am a rare breed of “man” who doesn’t reminisce about ‘jumpers for goalposts’, has no idea what a magic sponge is, and who winces with remembered childhood boredom at the sound of the final score on dreary Saturday afternoons. In short – I couldn’t give an open-air shit about football.

But since it looks like we’re well and truly stuck with it, here are some tips for my fellow non-shit givers about how to act around actual fans during an actual game. To create some atmosphere for this article, I’m typing it outside Wembley Stadium.

I make jokes when I’m nervous… or bored… or awake, which is why the ridiculous antics of diving, tantrums, arguments, slips, and misses on the pitch would normally provide such a rich vein of comedy.  However, it is unwise to do this during an important game, as you will be looked at in the same way a devout Catholic would look at you if you’d attempted to give the Pope a wedgie during his Sunday Mass… though the legal consequences probably won’t be as severe.

For instance, yes it is funny that fans, in their mid-thirties and with pronounced love-handles – the microfibre gilding their man-curves like a parachute in trouble – dress like the uber-fit players they’re shouting at. I mean, you don’t see F1 fans spectating in fire-retardant jump suits do you – but as a non-fan it is your duty, then and there, NOT to point out their idiocy. It’s hard, I know.

Did you know Mohamad Salah, the supposed star of the upcoming tournament, for the 2013-14 season, was the quickest player in the Premier League with an average top speed of 20.7 kilometres-per-hour? Did you know he has already joined legends Ian Rush and Sir Roger Hunt as one of the few Liverpool players to record 40+ goals in a single season? You did? Well I didn’t, but I Googled him, and now I’m here in the pub repeating it verbatim. There is never a time where this sort of bogus input is appreciated. Just forget this kind of banal punditry… that’s what Mark Lawrenson is for (I made a football joke)!

Questions not to ask during a game: What colour are we? Which way are we kicking it? Which way are we playing now the second half’s started? What’s the offside rule? Which one is Beckham? What’s the score? How long to go? The clue to the last two is in the corner of the screen…apparently.

It’s the 85th minute. England are drawing 1-1 with Belgium, the pub is hushed, the commentators, as ever, are talking utter bollocks. Harry Kane (again, I’ve google this) walks into the penalty area, and tentatively places the ball on the spot. He takes a few steps back, looks down at his boots, spits for no apparent reason, and takes a deep breath, glancing up at the goal as he does.

If you choose not to watch an England game, then bask in the glory of the empty streets – imagine ’28 Days Later’, only a more fun version without Cillian Murphy or, y’know, the undead. Use this opportunity to do your food shopping, attend the cinema, eat at that restaurant you’ve always wanted to, use any piece of equipment at the gym in whatever order you damn well want. Bear in mind you’ll probably only have this opportunity three times during this tournament however, so use it wisely.

Have you been watching the latest season of ‘The Bridge’? You have? It’s really good, isn’t it.  The way that they intertwine the subtly acted out lives of their protagonists with a high-concept serial killer series arc is wonderfully nuanced and utterly compelling. However, this is not something to attempt to talk to your preoccupied mate about in the 41st minute when England are trailing 1-0 and are about to take a corner. And don’t talk about Brexit either – actually, NEVER talk about Brexit.

You don’t care – this much we have established – fine. But don’t try and bring your nerve-stretched football-mad friend along for the ride by laughing at them when they’re emotionally charged; or telling them ‘they shouldn’t let the result impact their mood’; or, worst of all, say ‘it’s only football’. This does not help, apparently… even though it is only football.

Yes – they’re all overpaid brats, diving and clutching their faces when they’ve been hit in the knee, showered in sponsorship deals and pending investigations, playing for 90 minutes a week, and, more often than not, failing to do their job adequately.  But this discussion is not for game time. It’s for Talksport… which is a radio station… I’m told.

Emotions are heightened – this is why you saw Josh from HR on the telly hurling a plastic chair across a piazza after a particularly bad game in 2016… that, and also, he’s a twat – YOU’RE A TWAT, JOSH.

You will find microcosms of this throughout the pubs of England. This is why, when some rat-piss guzzling meat helmet who resembles a strategically shaved Zippy from Rainbow cries ‘Southgate out!’ you don’t respond with “But I read in the Telegraph that he’s changed formation, and picked on form, not reputation.” Instead, sip your drink and look at/ through the TV.  This is safer.

So in conclusion, here’s the best way to act around soccerball fans: watch the game, shut your idiot mouth and only groan or cheer when they do. And remember, at that moment, nothing is more important than the rich man-boys running around a painted park and kicking a ball into a net. My advice? Stay at home until the tournament ends, or England crash out… whichever comes sooner… we know which will come sooner. Oh – and If England beat Russia at any point during the tournament, best steer clear of any restaurants in Salisbury.

See you in August, comrades.

If you do like football, then read our story on why this England team are very modern men.