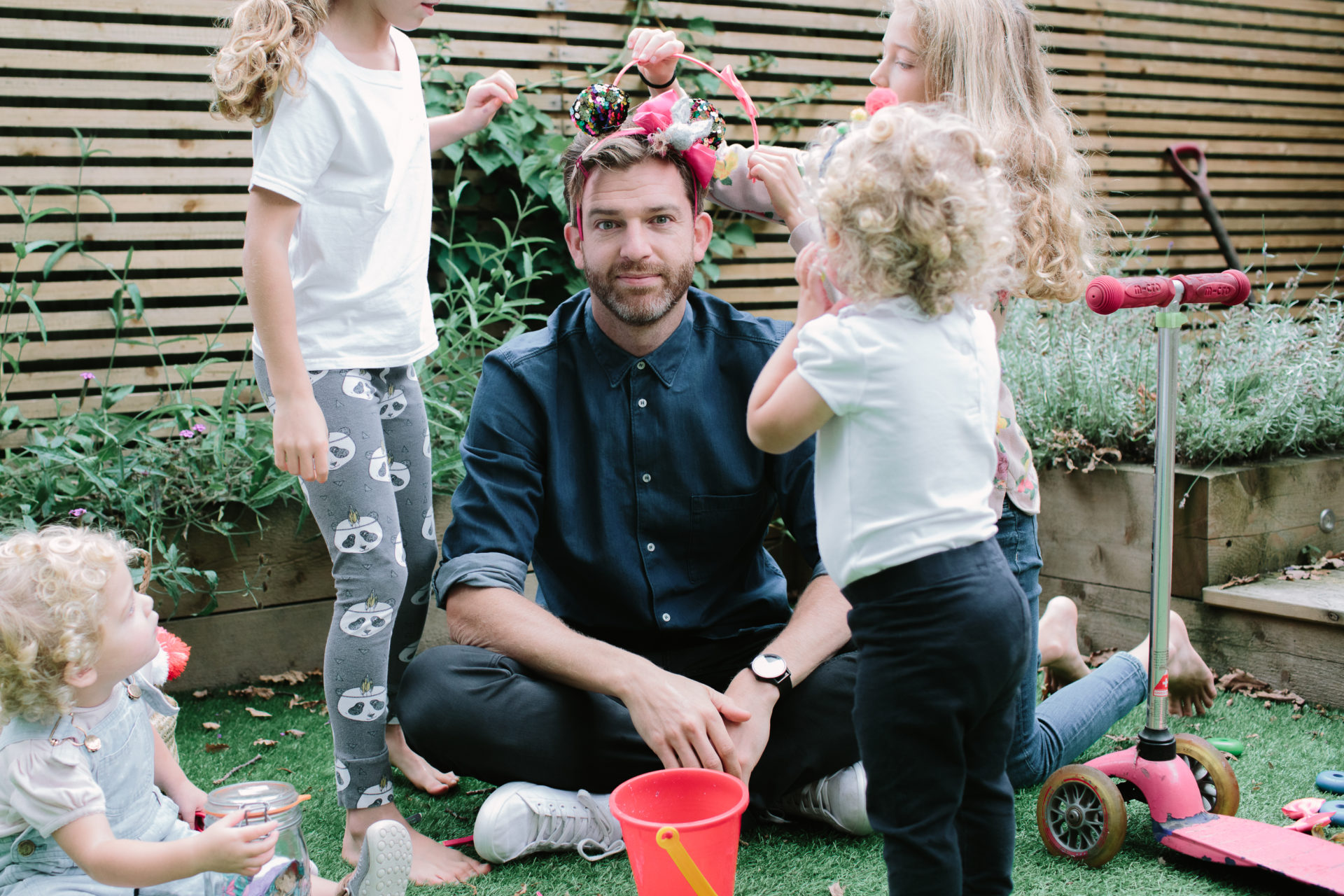 A wipe-clean interview with Father of Daughters

Meet Father of Daughters, the Instafamous dad who has amassed 1million followers with his hilariously honest take on modern parenthood.

Simon Hooper, aka Father of Daughters, is resigned to waking up with a mouthful of glitter, getting hit over the head with a pink stuffed toy and finding mashed carrot in his shoe. But as fans of his Instagram account will tell you, the 35-year-old management consultant (and reformed ‘man-child’) wouldn’t have it any other way.

The idea, he says, was to add a much-needed male voice to the parenting conversation and counter some of the “sugar-coated content” posted by yummy mummies. “Dads are often the forgotten ones who carry the luggage, open stiff jars and do the night feeds,” he says. “All too often they shrink into the background.”

Sound familiar? The Book of Man sat down with Hooper to shed some light on the messy, stressful, life-affirming rollercoaster that is fatherhood…

How did Father of Daughters come about?

For a long time, I’d watched over my wife’s shoulder and could see a community of mums talking about parenting honestly. But there was also a hell of a lot of content that was sugar coated, or that depicted perfect homes with no mess. I thought, ‘That’s not real life!’  So I wanted @father_of_daughters to show the other half of the story and give dads a voice in the parenting community. Plus, it’s a kind of therapy for me.

What’s the biggest parenting cock-up that you’ve made?

Ha, there’s so many! I have a whole chapter in my book about this. The first time I was left on my own I thought I could just leave a child in a baby walker, watching Teletubbies until its brain started dribbling out its ears, while I darted into the kitchen. It wasn’t long before I caught a whiff of shit in the air and, upon further investigation, discovered that my daughter had taken off her nappy and was busy putting poo in her face. So, yeah, try not to take your eye off the ball.

What’s the best way to deal with a parenting fail?

They happen on a daily basis – I’ve just got better at covering them up. I did one of these home science experiments where you make a bottle rocket using bicarbonate of soda and vinegar. It’s supposed to explode like a volcano and shoot the bottle into the air. Of course, it didn’t, and the bottle basically just fell over on the table. We were all really disappointed so I did the ‘dad thing’ of quadrupling all the ingredients, causing a violent explosion that sprayed the walls and ceiling with brown vinegar. I could have admitted what I’d done but instead I repainted the entire room in two and a half hours. Only the smell of wet paint gave me away.

You lovingly describe your daughters as ‘clever little buggers.’ What’s the sneakiest thing that they’ve done?

They’re basically thieves. They don’t own any of the food in the house but they go into the cupboards whenever they like. For example, I thought we had a secret stash of crisps and sweets until, one day, I went in there and found it had been stripped bare. Over a period of about a month, they’d taken every single item and created small confectionary store under their beds. Of course, ‘Mr Nobody’ was to blame. If ever I catch ‘Mr Nobody’, he’s in for a hell of a time…

Is there a downside to being the most famous dad on Instagram?

This is an interesting one for me because I’m married to someone who has a large online following. My wife has had some rough times on social media, whereas I don’t really get many too many negative comments. I don’t engage with it. My life is my family and I’m comfortable with that. I’m blown away that people not only want to meet me but have actually queued for a selfie! I forget that I have a recognisable face, so it’s lovely when people come up to me and have a conversation about Father of Daughters.

Let’s talk tantrums. What’s the worst thing you can do when a child kicks off?

Start shouting. If you start shouting, it just escalates matters. Suddenly someone is crying, someone is removing clothing and, before you know it, you’re all on the floor crying. I just ask if they’re OK and leave the room. There’s no way a child can explain to you – in the heat of the moment – why they’re upset. Often they just want to get it out of their system. My girls are all relatively hot-headed whereas I’m more laid back. I’m like a UN peace envoy: send me in with a flack jacket and I’ll do my best.

We live in an age of gilded man caves. Is the shed still relevant in the context of modern fatherhood?

I have fond memories of doing DIY with my own dad and I like to hide out in Wickes whenever possible. I’m almost certain that 95% of the men in Wickes are also there to hide out from their family. I’ll go in, spend 30 minutes looking at screws, then buy a circular saw that I don’t need. I do have a shed but I’ve got a basement full of tools and that’s where I go to work on my ‘projects’. Of course, there are no projects; it’s purely so I can say, ‘I’m going downstairs to finish off that thing.’

As a dad, what makes you feel like you’re winning at life?

It sounds simplistic but if everyone around me is happy, that’s winning. The aim of the game is that the kids get the best childhood they could wish for. I’m just bumbling my way through it and, as long as I get the occasional, ‘Thank you’ or ‘I love you’, I don’t need much else.

Forever Outnumbered: Tales of Our Family Life from Instagram’s Father of Daughters by Simon Hooper is out now. Order your copy below… 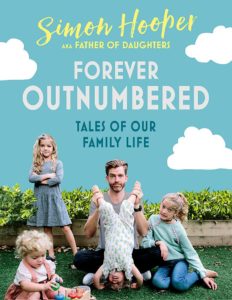 Forever Outnumbered: Tales of Our Family Life from Instagram’s Father of Daughters by Simon Hooper

Real life parenting through the eyes of a modern day dad by Simon Hooper, aka Instagram's Father of Daughters.