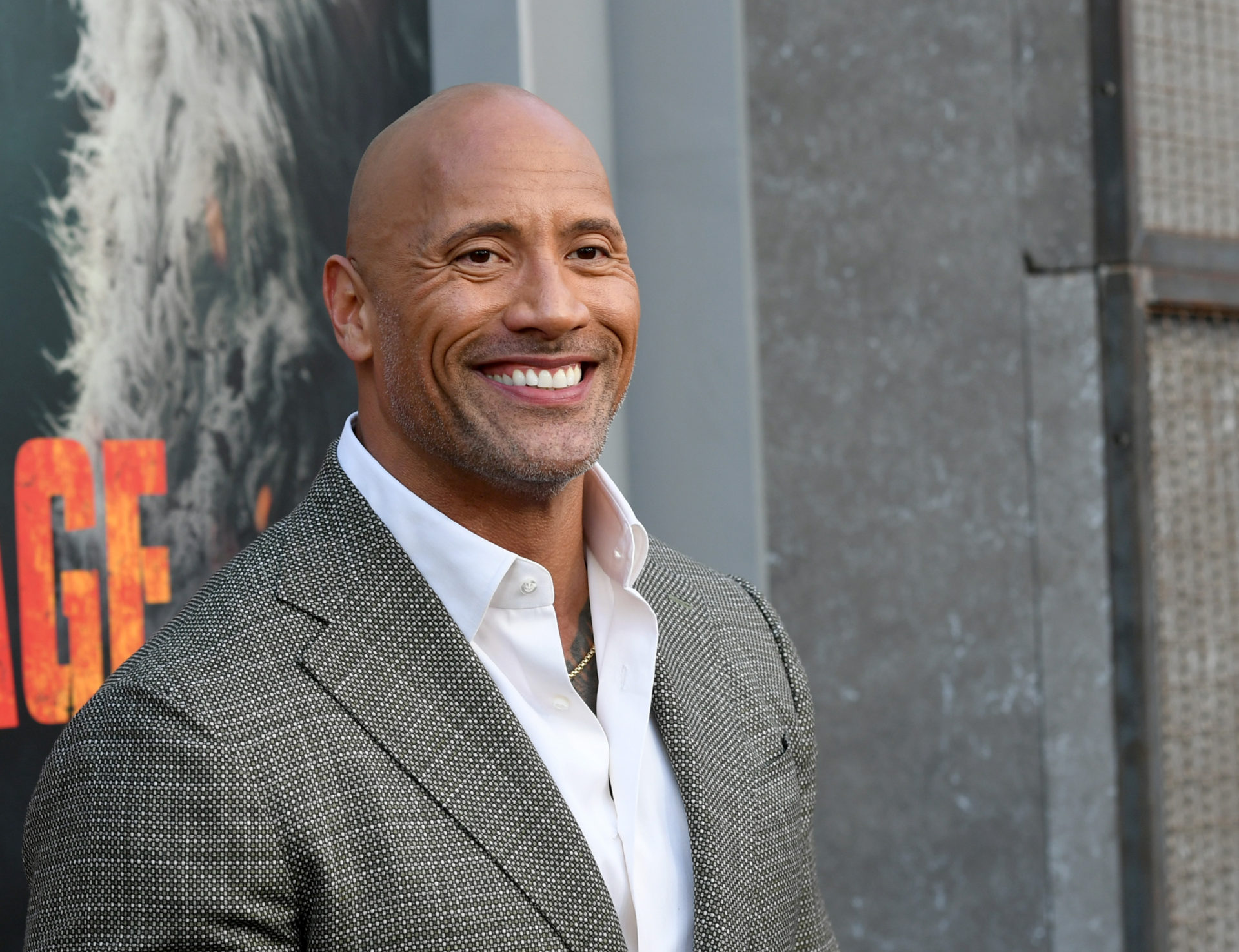 The Rock Shows New Dads How To Go Skin-To-Skin

Dwayne Johnson shared an Instagram snap showed him doing shirtless bonding with his newborn baby. Now it doesn't take much for him to strip, but nevertheless, The Rock should be applauded for showing the importance of new dads doing skin-to-skin.

Skin to skin. Our mana. Blessed and proud to bring another strong girl into this world. Tiana Gia Johnson came into this world like a force of nature and Mama @laurenhashianofficial labored and delivered like a true rockstar. I was raised and surrounded by strong, loving women all my life, but after participating in baby Tia’s delivery, it’s hard to express the new level of love, respect and admiration I have for @laurenhashianofficial and all mamas and women out there. Word to the wise gentlemen, it’s critical to be by your lady’s head when she’s delivering, being as supportive as you can.. holding hands, holding legs, whatever you can do. But, if you really want to understand the single most powerful and primal moment life will ever offer - watch your child being born. Its a life changer and the respect and admiration you have for a woman, will forever be boundless. And to my third and youngest daughter, Tiana Gia - like I did when your two older sisters Simone Alexandra and Jasmine Lia were born, you have my word, I’ll love, protect, guide and make ya laugh for the rest of my life. Your crazy dad has many responsibilities and wears many hats in this big ol’ world, but being your dad will always be the one I’m most proud to wear. Oh and one more thing.. you’re gonna love rollin’ in daddy’s pick up truck. #TianaGiaJohnson🌺 #3rdDaughter #BlessesAndGratefulMan #ImInTROUBLE

So God bless The Rock.

In fact, The Rock is our modern God. Not only is he the funny, charming action hero Arnie could never quite be, he’s also beautifully candid about his real life. A few weeks ago he opened up about his depression. Now he’s shared an Instagram post of him going ‘skin-to-skin’ with his minutes-old daughter, and writing, “If you really want to understand the single most powerful and primal moment life will ever offer – watch your child being born.”

Now, we’re pretty sure most men have the idea that they should at least be there (though 1 in 20 still aren’t, accordion to a 2014 survey), but going skin-to-skin should be firmly on your agenda too. It is proven to be a way to bond with a child, and not in relation to the mother (though that is whole other level – skin-on-skin with the mother regulates the child’s temperature, it’s all quite spooky). It helps the child when Dad gets a piece of the action too.

The sound of your heartbeat and the smell of your skin (if, after 24 hours in the delivery room, he can detect it under the stench of sweat, 16 packets of Cheese & Onion crisps, and a million flapjacks bites), can settle them. Indeed one report from 2007 said that skin-to-skin contact with the father after a caesarean section while mum was still in after-care significantly reduced the stress on the baby.

While the act of whipping your shirt off like Tom Selleck at a BBQ may seem a strange thing to do in the sanitary conditions of a hospital, it is an important moment. Having done it myself with my children, I can attest it produces a very real physical as well as psychological connection, where you at least set a precedent with yourself whereby you’re going to get stuck right into this childcare business. With my first, I waited until the midwife popped out, then pulled off my t-shirt like Groundskeeper Willy in The Simpsons, and held my tiny son to my mighty breast; or should I say, mighty hairy breast. It turned out to be a beautiful moment as he slept on me for two hours, while I hummed in contented shock and awe, and pictured our future lives together. Of course, he then urinated, a steady trickle which curled round my belly and escaped down my bum crack, where it formed a warm pool in which I sat for those very same two blessed hours.

The point is though: new Dads, do what The Rock did and strip.

For what happens after the glow of the birth has worn off, read David Whitehouse’s ‘Daddy Issues’ column.