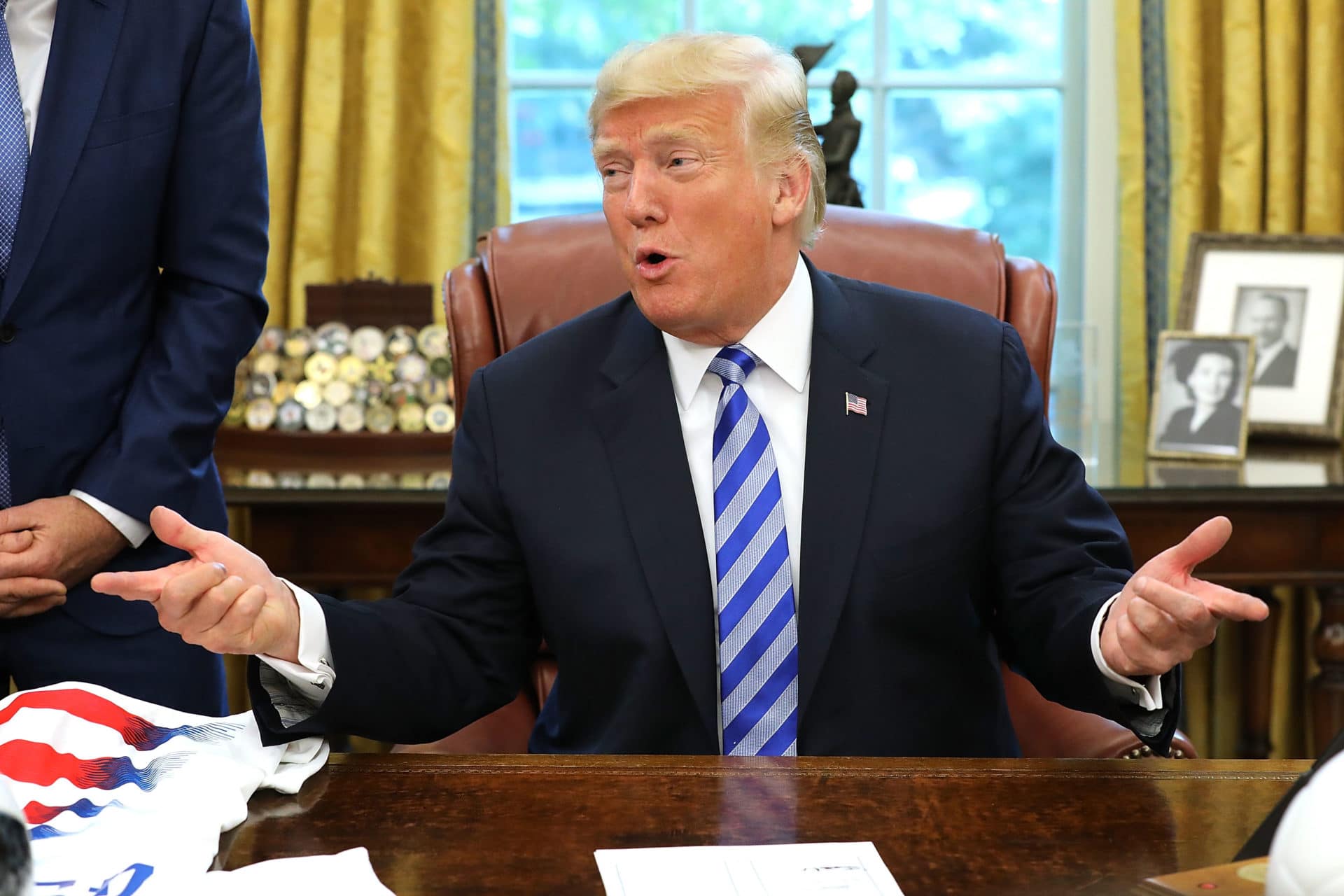 "I think I know my own desk"

Fast News Edit: Donald Trump is “an idiot”, and more…

Trump is a National Security Threat

This was the view of his own White House aides, according to a new book by legendary journalist Bob Woodward. The book, titled ‘Fear’, says Donald Trump’s aides removed official papers from his desk so he couldn’t see or sign them, as part of a nervousness around national security within the executive brand surrounding the President. According to the Washington Post who have seen an early copy of the book, this nervousness was the result of various encounters where Trump disregarded or had no interest in intelligence matters. On one occasion Trump asked a National Security Council why they were spending money in Korea to detect a North Korean missile launch – “We’re doing this in order to prevent World War 3,” Defence Secretary Jim Mattis told him. Mattis later told colleagues the President had all the understanding of “a fifth or sixth grader.” Meanwhile Woodward writes the Chief of Staff John F Kelly said in a small meeting, “He’s an idiot. It’s pointless to try to convince him of anything. He’s gone off the rails. We’re in Crazytown. I don’t even know why any of us are here. This is the worst job I’ve ever had.” The book is out next month.

This is how much Juventus are paying him according to the list of players wages released by Serie A:

This dwarfs the other players in Serie A – the next best salary is that of Gonzalo Higuain who earns £8.6m a year at AC Milan. A relative pittance.

And he hasn’t even scored yet.

A method used by the US military to help people fall asleep has gone viral on blogging site Medium. Developed by the US Navy Pre-Flight School, the method was taught to pilots and resulted in 96% of them being able to fall asleep in two minutes or less. Here’s what you do:

Using that sequence should get you off to sleep in 120 seconds. Worth a go…

Have a sneak preview of the new Apple product looks, courtesy of OnLeaks. It’s all straight edges and no curves.