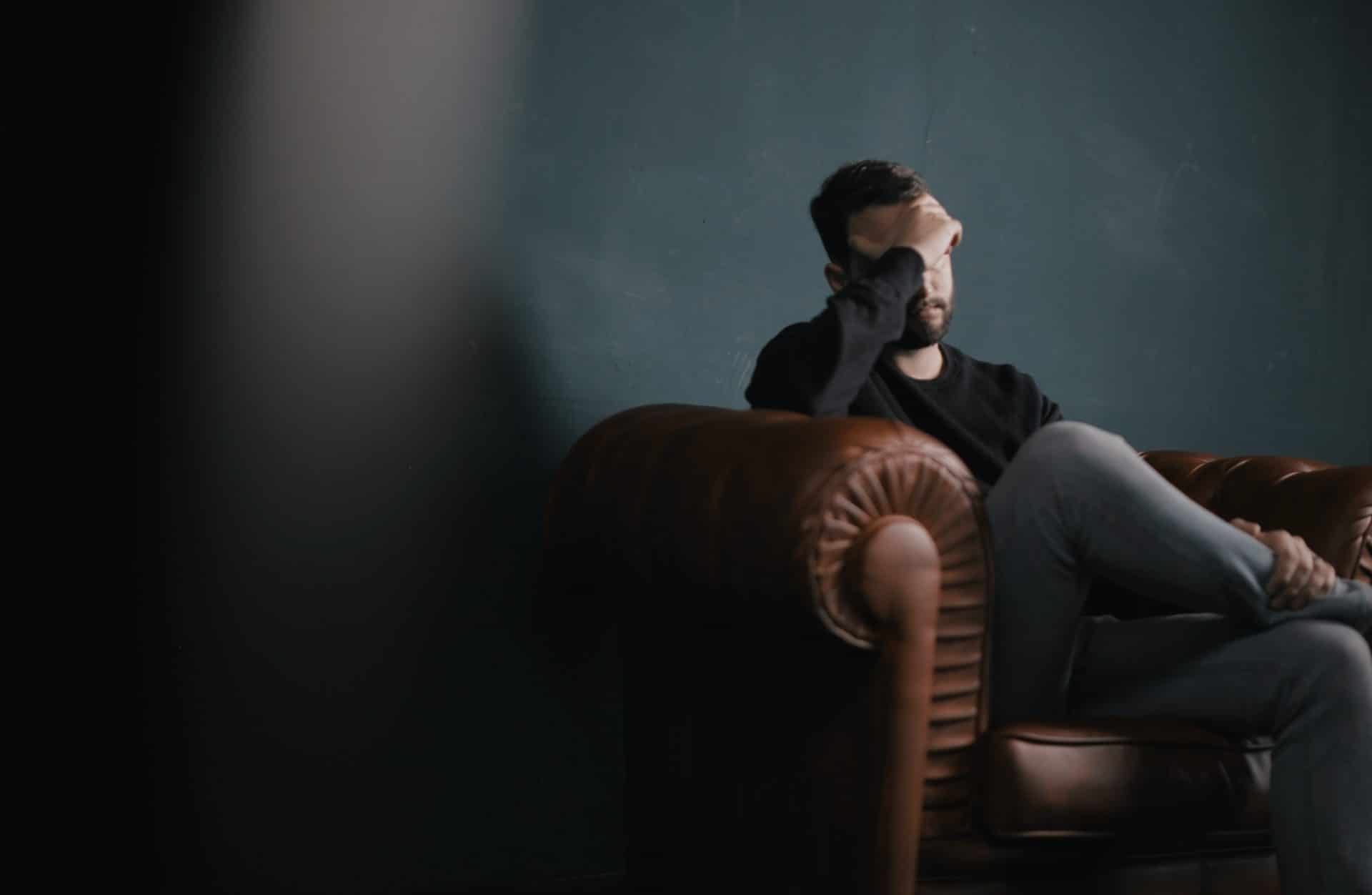 An interview with MP Will Quince about his personal experience with stillbirth, and why social assumptions about men means they are supposed to 'man up' and not deal with such tragedies in a real way.

Will Quince is an MP you may not have heard of.

And unlike some of his more publicity hungry colleagues he’s making a difference.

In 2014, he and his wife Elinor were informed their unborn son had Edwards Syndrome. He survived to full term but was already dead when he was delivered.

“There’s not much point being an MP if you don’t want to change things,” he told me sipping water in parliament’s sweltering glass-roofed atrium.

So he started campaigning to get the government to work on reducing stillbirth and making life more bearable for those that go through it.

First up came a debate at which he shattered the image of Tory backbenchers as stuffy and out-of-touch as he stood up and told the story of his family’s stillbirth. He didn’t cry, but plenty of his MP colleagues did.

Men sharing their emotions are far too rare – Tory men doing so from the green benches of parliament is almost unheard of.

“It is a really hard thing to talk about your own experiences,” he admits. “It’s different for a man, people don’t expect us to talk about it in the same way.”

The reaction to his speeches on the issue prove his point. “The biggest thing I’ve had, especially from men, is saying thank heavens someone is talking about this and trying to break the taboo around it. That it’s OK for us to talk about it as well.”

However he insists it’s part of the job. “You almost take the experiences you’ve had in life, good and bad, and use them to help other people.”

“In my case I want as few people as possible to go through the experience that I did but also for those that do [that there is care available]. We’ve now got some really, really ambitious but achievable targets to reduce stillbirth by half by 2025, but even if we do that we’re still talking about 2000-2500 babies dying every year so we’ve got to make sure we have some of the best bereavement care in the world and some of the best workers’ rights in the world around bereavement care.”

He focussed on drawing up legislation that will entitle people to time off work following a stillbirth, remarkably not a right as it stands.

“Everyone thinks it must be the case and in most cases it is because employers are reasonable and compassionate and kind. But the whole point of legislation and statutory regulations is it is for those that don’t necessarily play by the spirit of the rules and who don’t necessarily do the right thing and look after their employees.”

The bill he helped write is now working its way through parliament, it has government backing and will become law likely early next year.

But as well as new laws there is a need for culture change, particularly when it comes to men. When stillbirth occurs clearly it’s traumatic for the mother but it doesn’t detract from the pain of the experience for her to point out that men struggle too. It’s invariably the man who has to tell the family, register the stillbirth, deal with siblings who may well be very bewildered at what is going on. Will explains, “There is this expectation on men to be the tough guy and you’ve got to be there and you’ve got to the one that has stay strong for the rest of the family and you’re keeping everything together while everyone is emotional and the reality is it’s hitting you just as much as it’s hitting everyone else.”

He wants employers to be more flexible and recognise that men may need time off and understanding further down the line after the initial tragedy.

“Men often grieve differently to women. In the immediate aftermath of an event like that men feel like they have to be strong and hold everything together while everyone else is breaking down. Very often it hits men later, it could be a week, it could be a month, it could be two months afterwards.”

He’s urged the NHS to recognise that fathers who lose babies may need counselling just as much as the mothers in order to head off bigger problems in future. “There’s an expectation that men should bottle things up and you get the expression ‘man up’ and part of the problem is that you do. You man up because that’s the expectation and the issue with that is that it’s inevitable there’s going to be a higher likelihood of mental health issues and it’s also partly why we see such a huge prevalence of marital and relationship breakdown post losing a child because of that huge pressure and expectation that’s put on men.”

Thanks to Will’s campaigning, along with other MPs from across the political spectrum many with their own experience of losing a baby, a best practice scheme is being rolled out across the NHS. 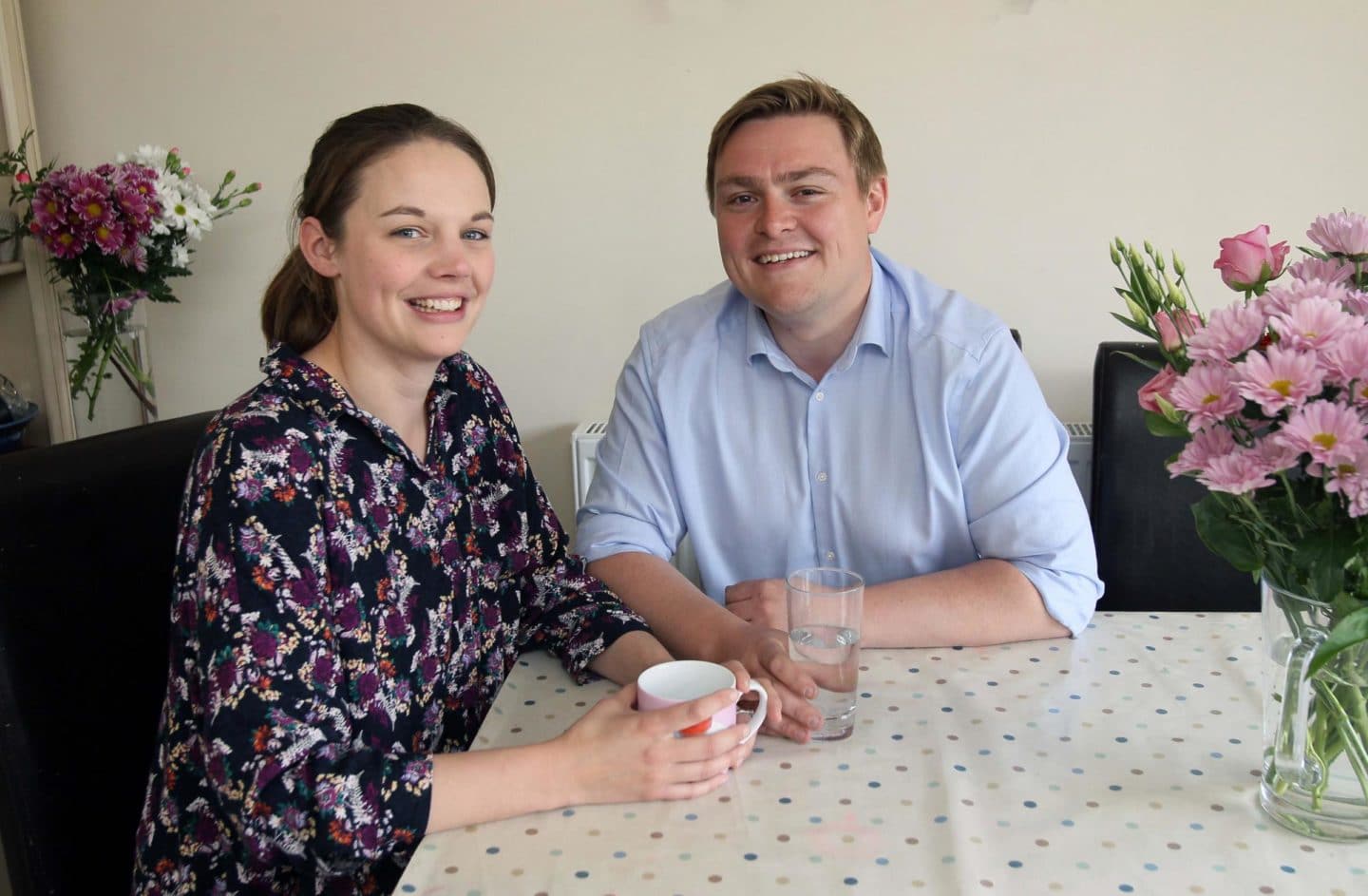 Everyday sexism – but this time it’s the girls doing it

He thinks there’s a wider problem around how the health service treats dads. Plenty of men can recount stories of sonographers refusing to talk to them when they first see their baby at a scan because they’ll only speak to the patient, and that’s the mother. And almost every father knows the disappointment of being sent home from the hospital after their baby’s been born leaving mum to shoulder the burden and share the intimacy of parenthood alone on that very first night.

Will, who now has two daughters aged 6 and 2, said, “The NHS does absolutely need to do more to include fathers. If you treat a man as a spare part or as an optional extra you are setting their expectations when actually in so many cases men want to be equal partners.”

Will’s other main campaign is on knife crime, something bound up closely with the idea of a masculinity so toxic it can end up fatal. He takes a nuanced view. “I don’t think it is masculinity per se but I think it is a male cultural issue,” he explains. “There’s all sorts of reasons why boys in particular are driven to gangs. Whether it’s particular types of music that glorify gang music and culture. Whether it’s bigger societal issues like lack of male role models following relationship breakdown. Also social isolation, people not feeling like that they have that sense of belonging or a stake in society.”

Will has argued against automatically locking up offenders nicked for knife crime. He explained, “My worry is we’re criminalizing so many young men and what are their life chances after that? Your’e setting them on a path in which further crime is almost an inevitability.”

Views like that coupled with his speaking out on emotional issues like stillbirth have seen him labelled soft by some Conservative colleagues. Is that a sign that parliament is in thrall to an out of date masculinity?

“I suppose the fact someone said that shows it’s quite a masculine environment,” he admits. “There is an expectation in this place that you’re a bit of a tough guy. It’s full of people who think they have to play a role or a part.”

Men feeling they have to behave a certain way sounds like a dictionary definition of toxic masculinity.

But Will is one of a number of young, male MPs breaking the mould. While Jacob Rees-Mogg airily boasts he’s never changed a nappy despite having six children, Will talks up the benefits of FaceTime that mean he can see his kids every night even when working away in Westminster.

But of course there are still cartoon Conservatives about. When veteran Christopher Chope recently kiboshed a bill to ban upskirting he was condemned and labelled a dinosaur. While some politicians had their say in the comment columns Will made his voice heard in the House of Commons chamber. Literally. It was he who was first to shout ‘Shame!’ when Chope invoked silly parliamentary procedure to stop the legislation.

He explained: “You’ve got to be really careful about the optics of things and in that case the optics were really bad about the messaging that it sent out.”

“I’m acutely aware that half of my constituents are women and I try my very best to make sure that I’m representing them as much as I am men.”

Will rejects the label of feminist or new man but he models a masculinity that includes modern elements such as being an involved parent and speaking about emotions in public and which also utilises a very traditional element of masculinity – the desire to get things done.

“There is something in the male psyche. If there’s a problem I want to try and fix it.”

That in particular drives his stillbirth campaigning. “I can’t fix our family’s own personal situation but I can help fix it for other people. I see it as a bit of a legacy for my late son. I’m bringing meaning from his very short life by making a difference to others.”

It may have been forged in horrific and tragic circumstances but Will Quince’s model of masculinity combining the best of the new and the old looks like one many men could look up to.